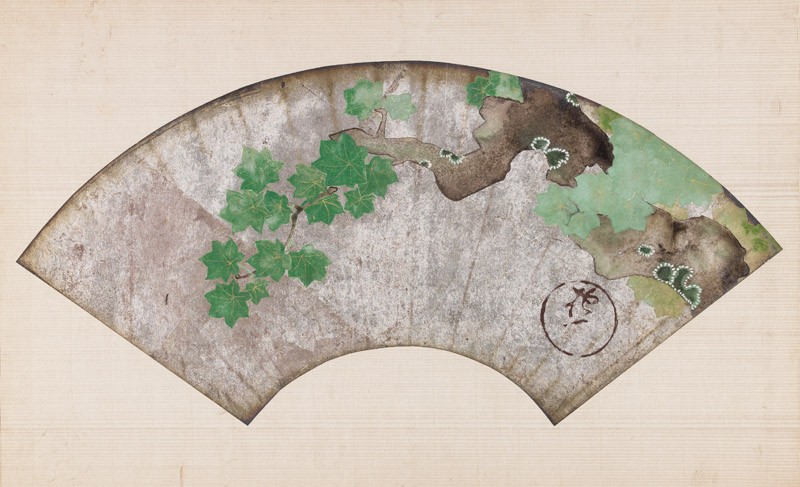 A delightful selection of Chinese and Japanese fans is on show at the Ashmolean.  The display is small but has breadth of vision, encompassing painted and calligraphic fan designs from different periods, cultures and schools.  For instance, a 19th century fan by renowned Japanese artist Tani Buncho, its gold ground decorated with an array of eight butterflies, some in pastel shades, some with vivid black markings.  Or, to my excitement, an ancient 16th century fan by the Chinese Lu Zhi with a poem and lily flower that looks as fresh as if painted yesterday.  Or another 19th century Japanese fan in the Rinpa style, with green maple leaves on a metallic ground, the subtle gradations of leaves and bark evoked using the tarashikomi technique, where different colours are pooled when wet.  The exhibition is available online, but I would still recommend viewing the translucent delicacy of the originals in person.