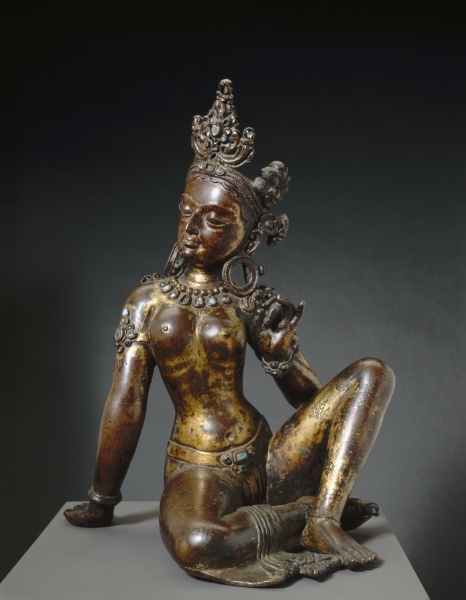 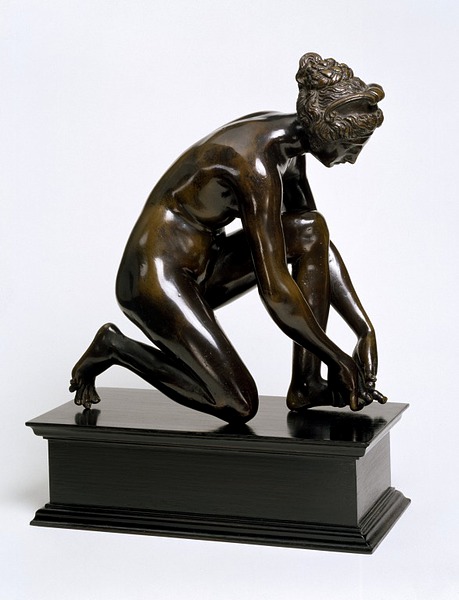 “Bronze” defies the short review, being huge in every sense: geographically – covering countless regions, some less familiar (Luristan? Ottonian?); chronologically – going back to 3500 BCE (not a misprint, it dawned on me); physically – huge statues abound, and there is too much to see in one visit.  In short, it is unmissable.  Arriving at opening time, I headed straight to Room 9 “Gods” to commune in solitude with a stunning array of large bronzes from India, Tibet, Cambodia, Thailand and Indonesia.  I enjoyed the juxtaposition of a seated figure of Uma from Nepal (11th century) and a French Venus extracting a thorn from her foot (16th century), a teasing multicultural celebration of the nude goddess figure.  Sometimes, though, the emphasis on thematic over geographical or chronological structures became frustrating.  I nearly missed a 6th century Chinese Maitreya altarpiece from the Met because it was filed under “Groups”, not “Gods”.  Some things felt over-represented (Shang dynasty bronzes with intaglio design), others under-represented (Japan scored one “Head” and one “Object”, a 19th century incense burner).  Overall, the curators seemed to be anthologizing rather than telling a compelling story.  But carping aside, this is a show in which to luxuriate. 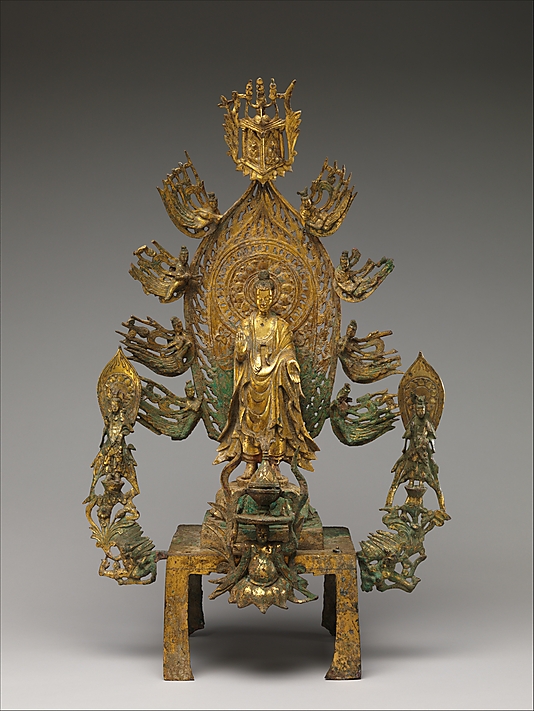