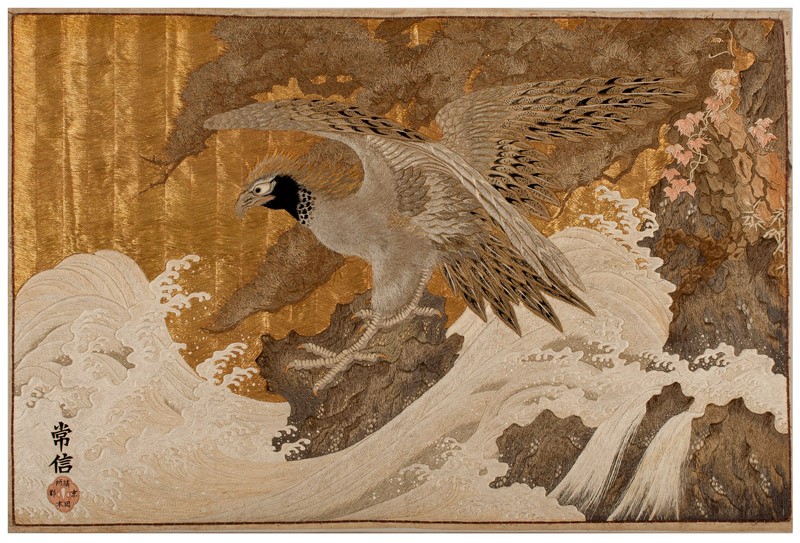 This display of Japanese textiles from the Meiji period (1868-1912) was a treat, showcasing breathtaking works of ornamental embroidery, including screens, wall hangings and framed panels.  They were exported from Japan to the West in the late 19th and early 20th centuries, and a number have been brought together in a new collection at the Kiyomizu Sannenzaka Museum in Kyoto.  These form the backbone of the exhibition.  Motifs from nature predominate, especially images of birds, the plumage realized with acute sensitivity, to look as much like feathers and as little like silk thread as possible.  A wall hanging depicts a sea eagle perched on a rock with the sea frothing white around him – cotton wadding under the embroidery adds a kind of relief effect.  A hanging scroll shows a hawk on a snowy pine branch – a powdering of snow that deceives the eye completely.  A show both unusual and mesmerizing.

The exhibition is also available in an online version.