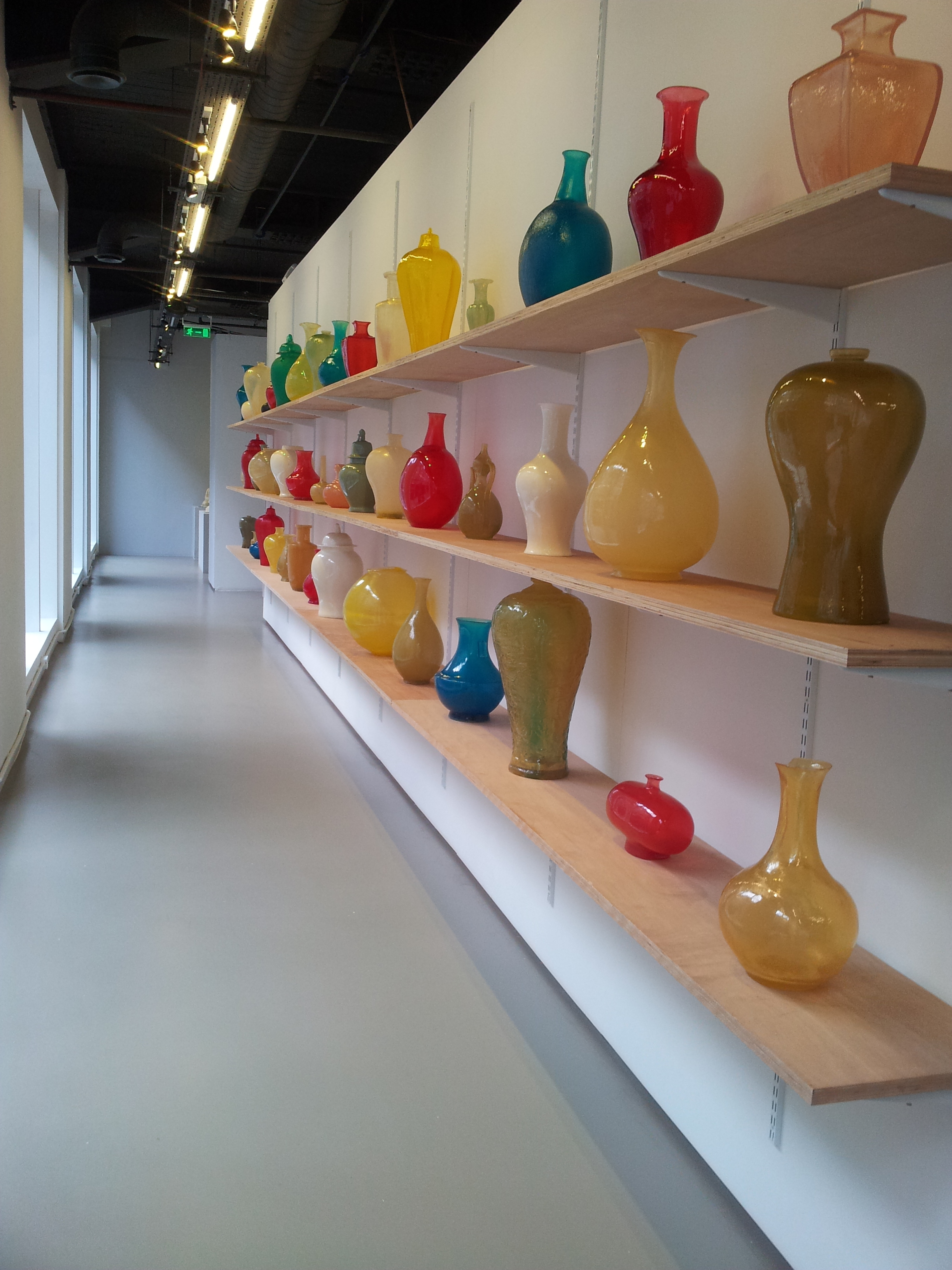 I first came across the work of Meekyoung Shin as part of Korean Eye 2012 at the Saatchi Gallery.  I found her Translation – Vases exhibit hugely appealing: a room filled with replica vases made of coloured soap, posed on shipping crates.  The work conveys her interest in the transfer of material objects from one culture to another, and the assumptions that are then made about them.

This recent solo exhibition in London featured a further round of Translation – Vases, with fewer pieces but a more dramatic presentation, set against the dark backdrop of the exhibition space.  The replicas are impressive because they seem so precise, so convincing – except perhaps for an extra glossiness on the surfaces.  Yet they somehow tease the viewer, as “ceramics” made of something soft and impermanent.

The more abstracted Translation – Ghost Series borrows the forms but not the surface decoration of the originals, resulting in a bold array of shapes in translucent soap of different colours.  In another twist, Toilet Project features soap replicas of antiquities that were left in UK museum toilets for handwashing purposes, then reunited for this display.  Had I encountered one in situ, it would definitely have featured here! 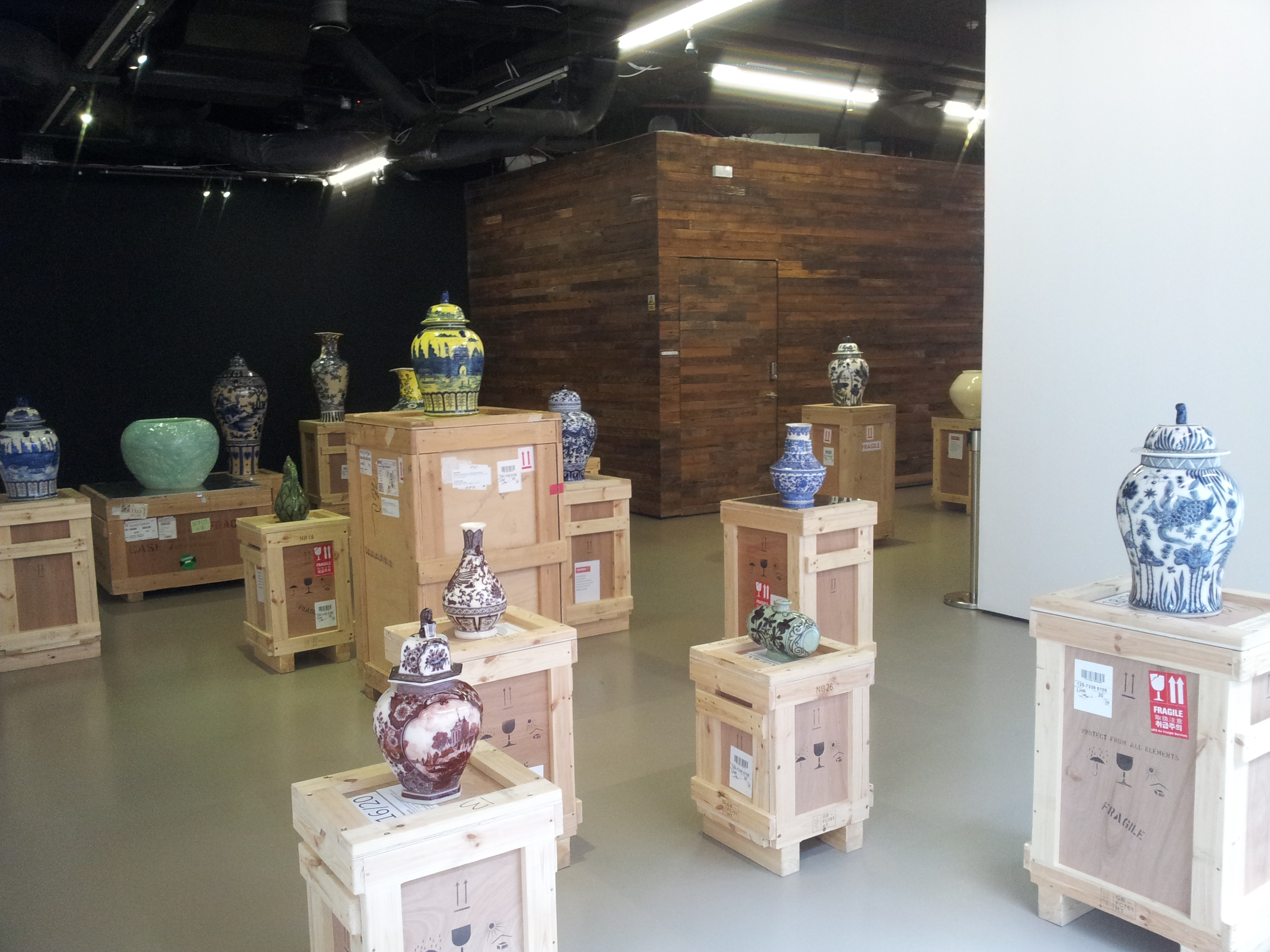 Below: A single vase from Translation - Vase Series. Photo: STF. Shown at Korean Cultural Centre, 2013-14. This continues the butterfly theme from my last post on Kyosuke Tchinai. 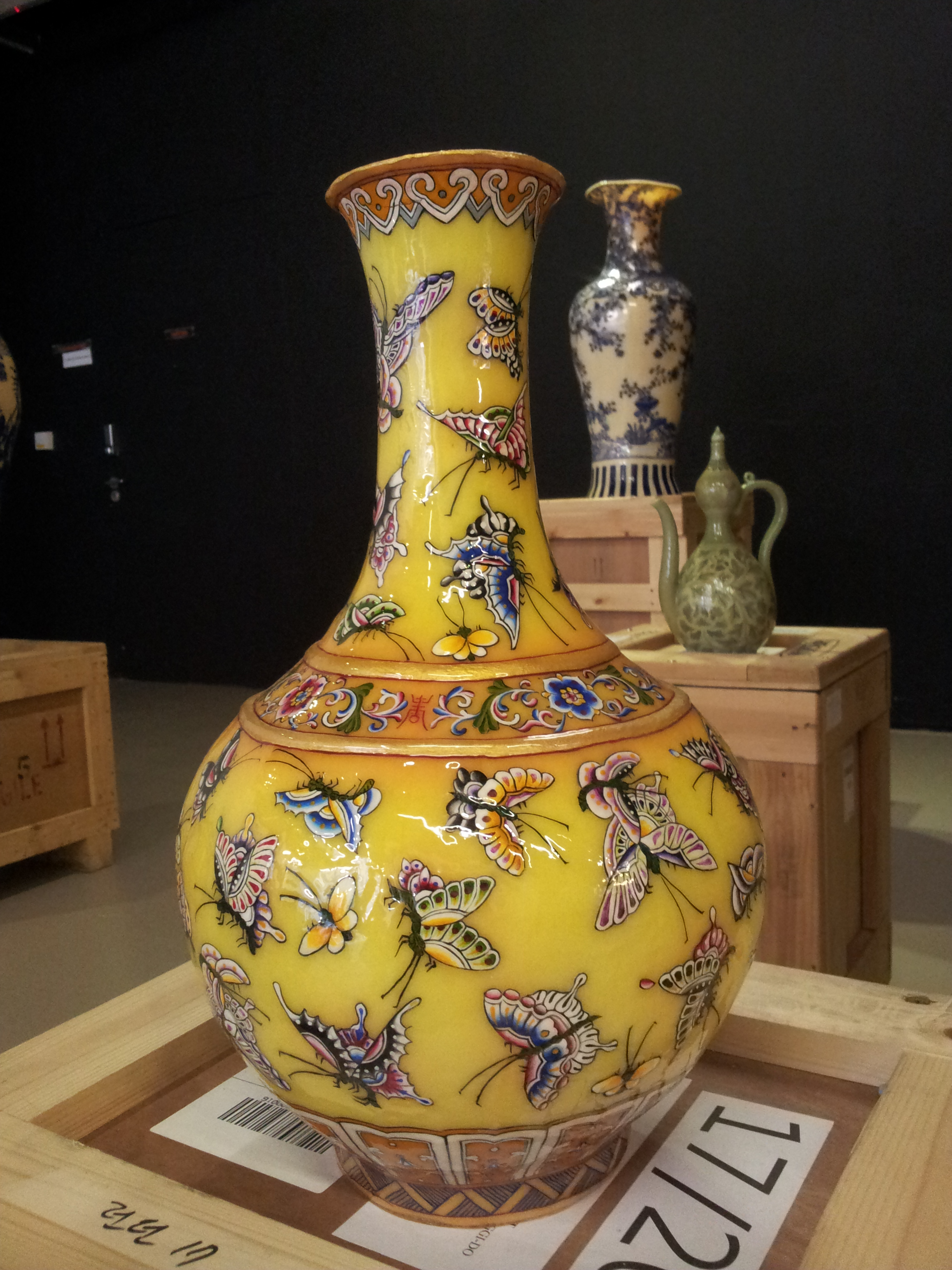