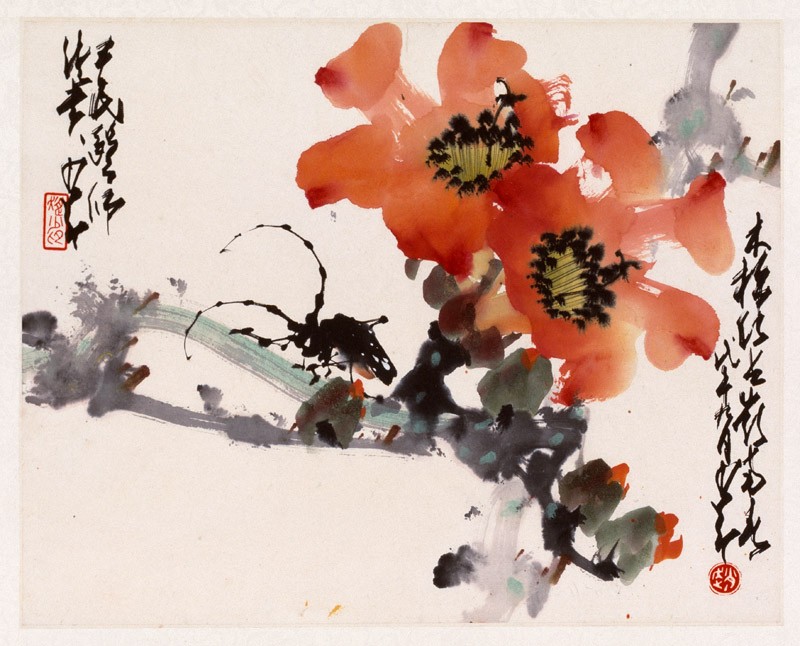 Chinese paintings from the Lingnan region can be seen at the Ashmolean until later this month.  “Lingnan” refers to Cantonese-speaking south China, including Guangdong and Hong Kong.  In the early 20th century, the Lingnan School sought to innovate and experiment, not always following the existing practices of traditional Chinese painting.

The three artists leading the movement were from Guangdong: two brothers, Gao Jianfu (1879-1951) and Gao Qifeng (1889-1933), and their friend Chen Shuren (1884-1948).  All three spent time studying painting in Japan, where they took inspiration from Japanese painters who had adopted more Western styles.  Their approach drew criticism from more traditional artists.

The display presents works by the “Three Masters”, their followers and other artists.  The challenge with this material seems to be around communicating both that there is an artistic lineage (suggesting similarity) and that the output is extremely varied (suggesting difference).  In my mind, variety won the day – variety of formats, styles and subjects, from figure painting and flower painting to landscapes and calligraphy.

Among the more modern pieces is Kapok Flower by Zhao Shao’ang (1905-1998), who studied under Gao Qifeng.  The brilliant colour and bold fluidity of the brushwork make this hugely appealing.

There is an online version of the exhibition.