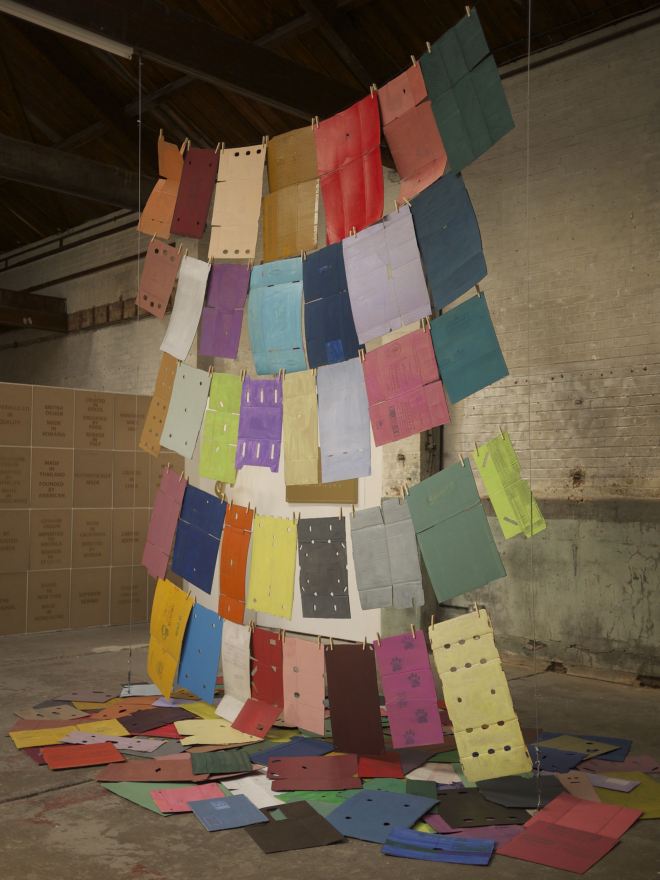 I went exploring this weekend to a warehouse in a less-than-popular part of Oxford, to see a show of contemporary Chinese art. The space is run by OVADA – the Oxfordshire Visual Arts Development Agency – and the show was Wastelands, a group exhibition around themes of consumption and waste.

I enjoyed the colourful contributions from Cai Yuan (b. 1956), who also co-curated the show. His large untitled installation uses cut sections of cardboard boxes painted in bright acrylics, suspended in the air and cascading over the floor in wasteful abandonment.

In his ISMS series, he presents single-colour panels, the paint lightly inscribed with words ending in –ism. I was expecting mainly political vocabulary, but it ranges much wider: for instance, “narcissism, sensualism, materialism, hacktivism, globalism, romanticism …”. The panels are arranged in pairs, so you can’t help but puzzle over them, wondering why A has been paired with B and so on.

Text is also foremost in Labels of Desire by Wessieling, comprised of placards with phoney fashion-industry labeling designed to prod your social conscience, such as “Made in Italy, Sewed by Chinese”. This reminded me a little of the Xu Bing installation Backbone, seen during my visit to LACMA, which used the visual cue of tobacco stencils to focus our attention on the plight of workers in the tobacco industry.

Other works include a baffling hotel-themed installation by Hua Mao First Floor Collective, and a deeply unwholesome film with zombies by Cao Fei (b. 1978). I confess I was left underwhelmed by the Ai Weiwei contribution, a film called Ordos 100 (2012) that documents architects trying (and failing) to build a new city in inner Mongolia. I didn't have time for a full viewing, but the pace felt slow and the action stilted.

Overall, a show that I really wanted to see but then wasn't fully convinced by. 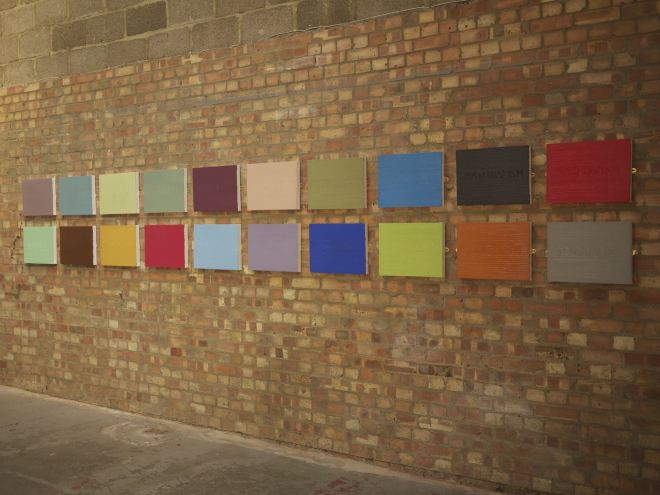 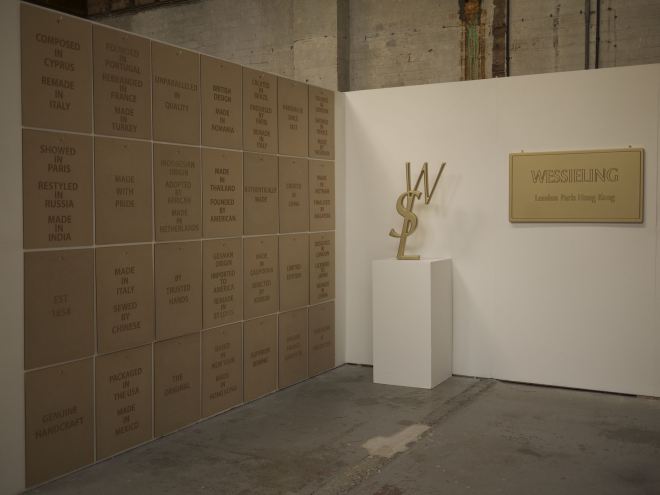 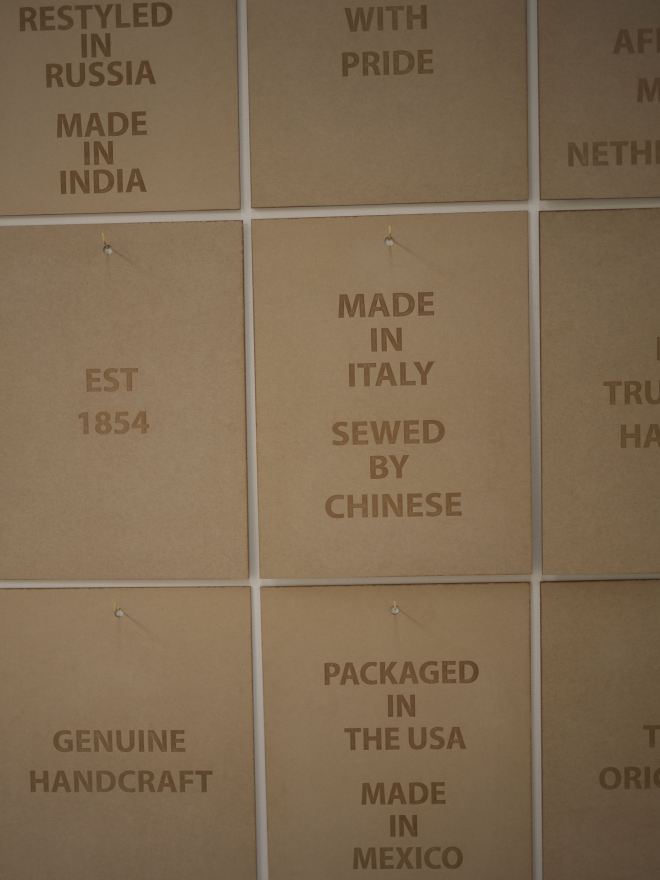 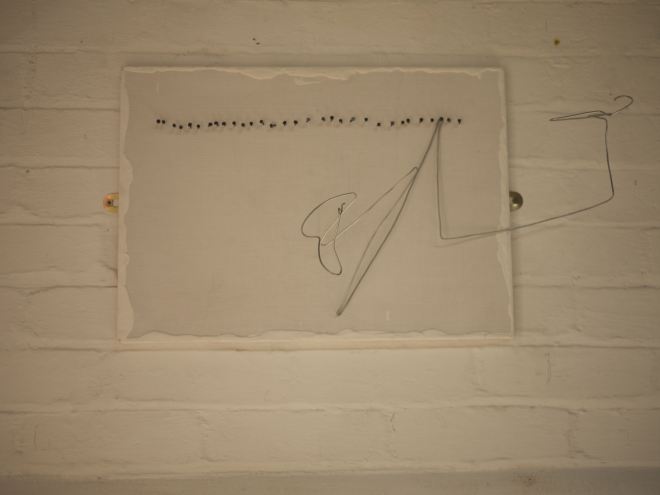