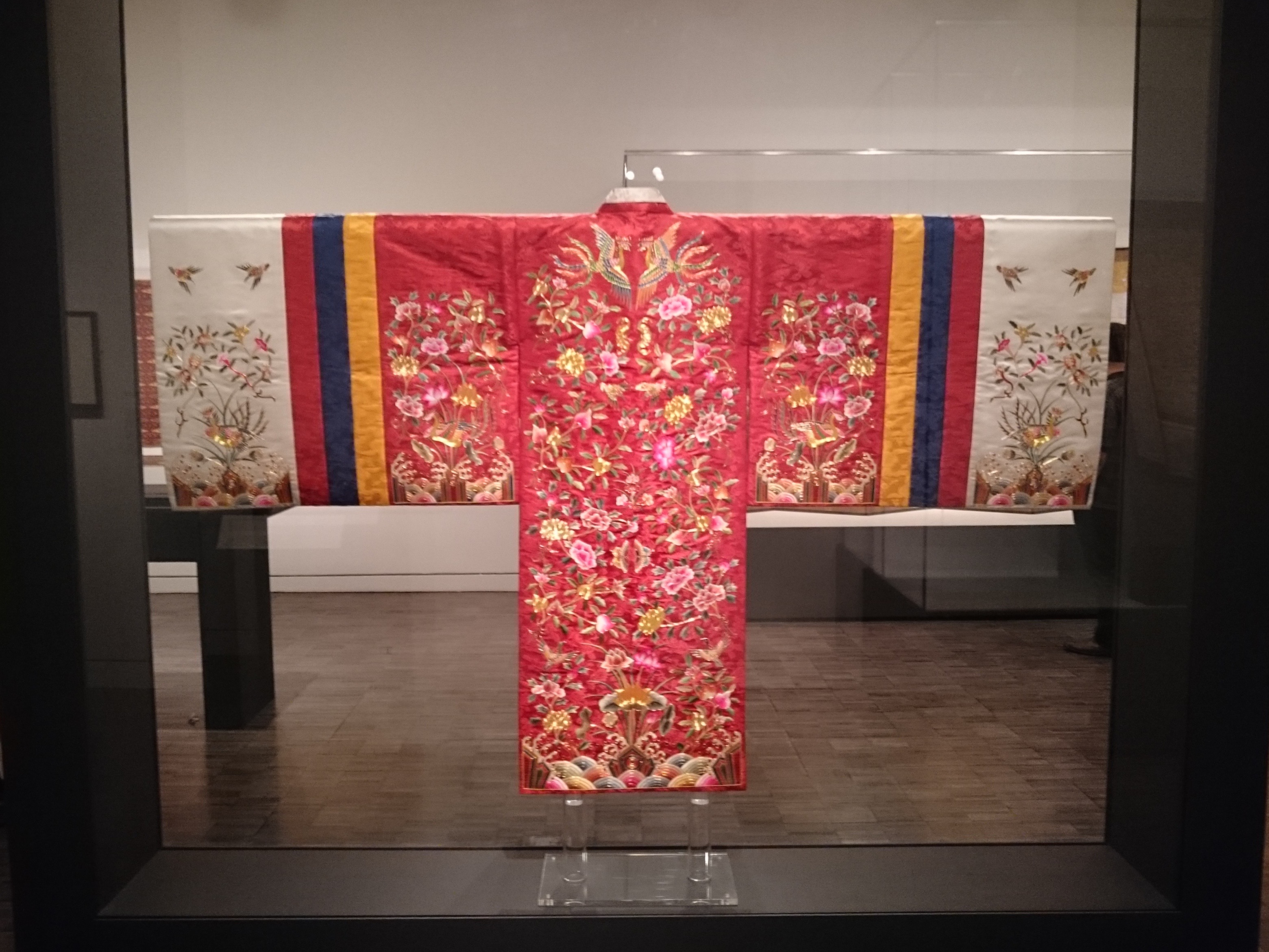 Hidden Gold is being held to mark the 50th anniversary of the Asian Art Museum. It brings together a diverse selection of pieces from the museum’s collections, each golden in some respect, but covering a wide range, both geographically and chronologically. You will find Japanese screens, Chinese fan paintings, Buddhist artefacts from Cambodia and Mongolia, and much more besides.

I enjoyed the presentation very much and found this a refreshing show to visit – not too large, but still plenty to take in. Unlike the big 2012 exhibit Bronze at the Royal Academy in London, this dwells less on the technical aspects of working with the metal, and more on its symbolic value.

This could explain the pleasing bias towards textiles, where gold is used to glorify the wearer. There are two contrasting but highly decorative robes from China: a Daoist ceremonial robe, with a design that reflects the structure of the cosmos in Daoist thought, and a Qing dynasty Emperor’s dragon robe, emblazoned with nine dragons. There is a contemporary bridal robe from Korea, produced in 2002 by renowned artisan Han Sang-soo (b. 1934), with motifs to emphasize creativity and fruitfulness, including a stylized rainbow mountain and peaches.