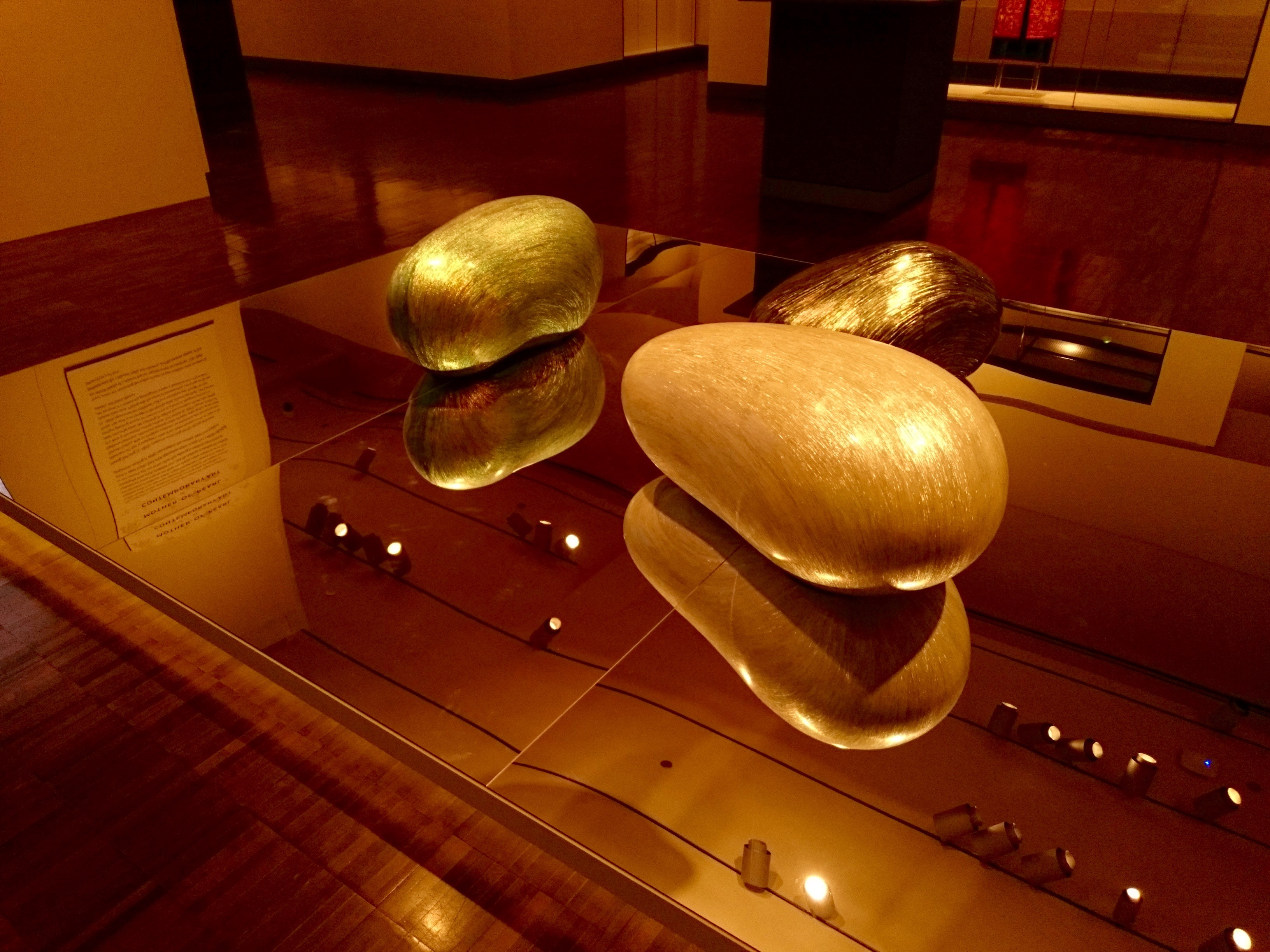 These massive, lustrous pebbles dominate the final section of the current Korean mother-of-pearl lacquerware exhibit at the Asian Art Museum. They are displayed in an adjoining gallery, alongside other contemporary works inspired by the mother-of-pearl concept.

The three giant pebbles by Hwang Samyong (b.1960) are made from lacquer and mother-of-pearl applied to fibreglass. This involves slicing the mother-of-pearl into very thin strips, a technique used on some of the more traditional pieces in the main exhibit.