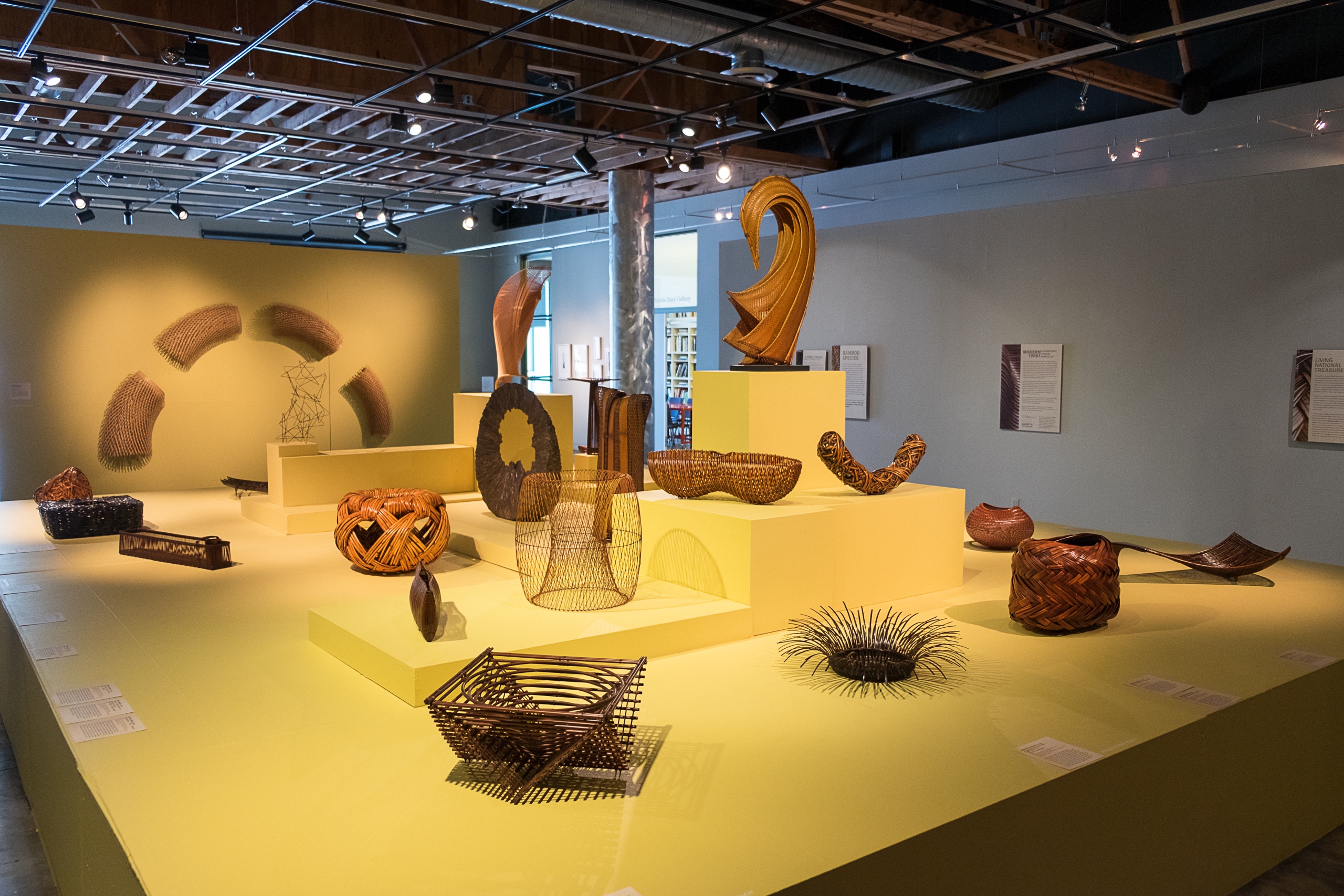 We took a trip to Sonoma back in April, to see this fabulous exhibition of contemporary bamboo artworks. The exhibit has been on tour in several locations and showcases the work of 17 Japanese bamboo artists, drawn from the Clark Center for Japanese Art and Culture at the Minneapolis Institute of Arts.

We received a very warm welcome from the museum volunteer, who introduced the exhibit and reminded us of the significance of bamboo in Japanese and other East Asian cultures.

As you can see, some pieces have strong geometric qualities, such as Sun and Squares and Circles by Tanabe Chikuunsai III (b.1940). Others exploit the visual properties of the material, with a shimmering moire-type effect on pieces such as Gentle Heart by Fujinuma Noboru (b.1945), or Pattern of Wind by Uematsu Chikuyu (b.1947) - inspired by the ridged pattern that the wind creates when it blows across sand.

Such allusions to the natural world are frequent: the wind, hot air, the sun, the moon. All in all, this show really opened my eyes to the sheer range of colour, shape and space that can be conjured up from this one material. 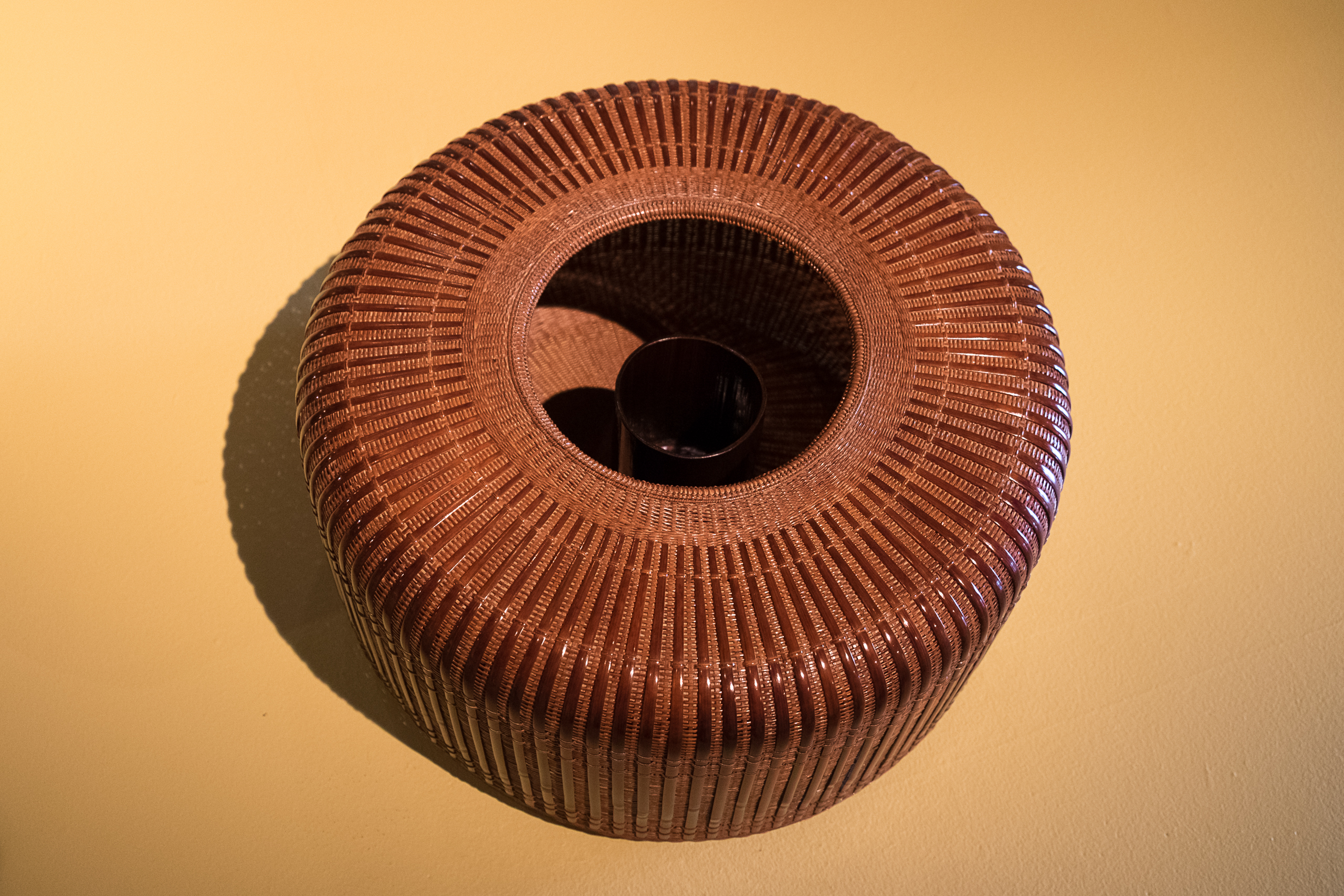 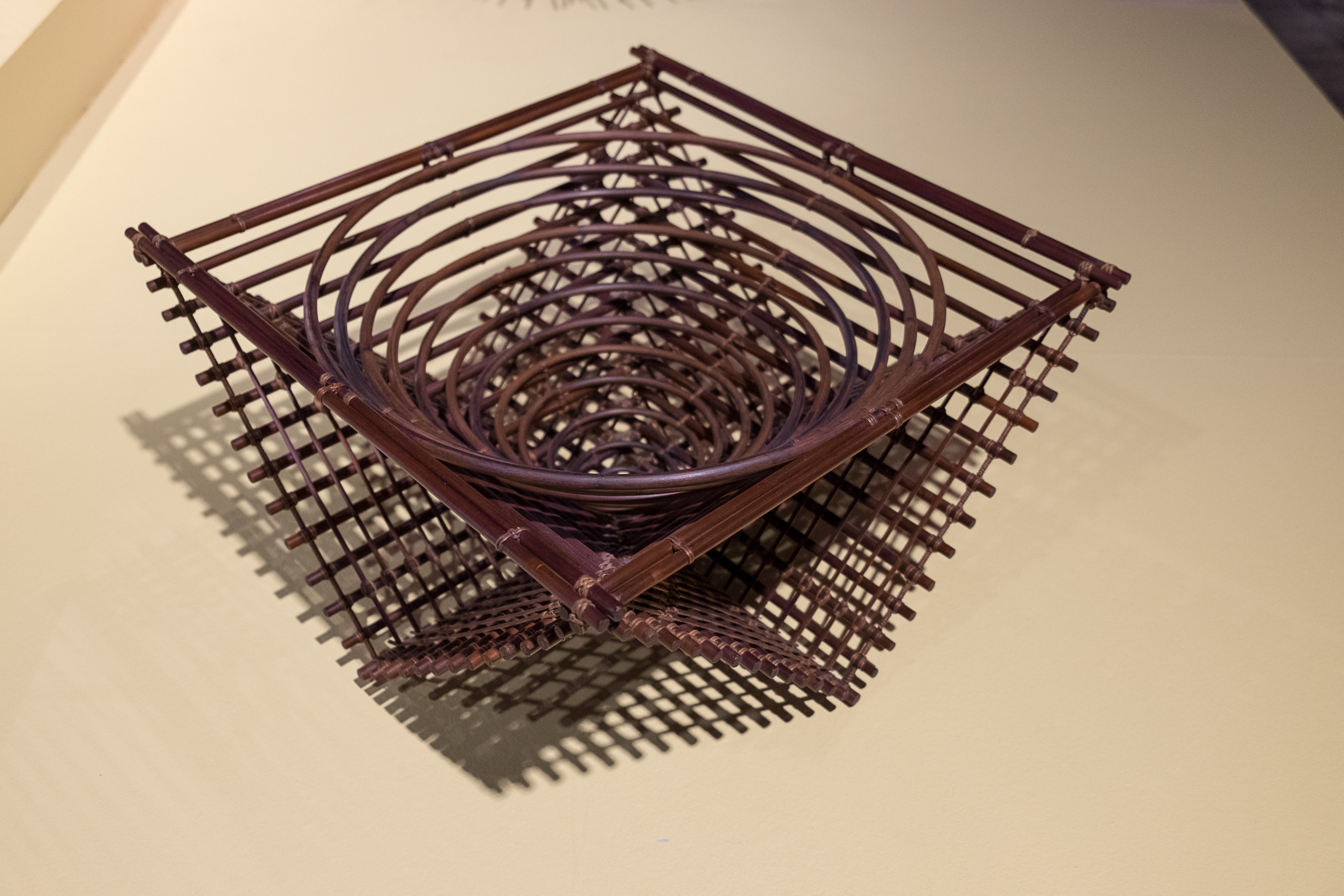 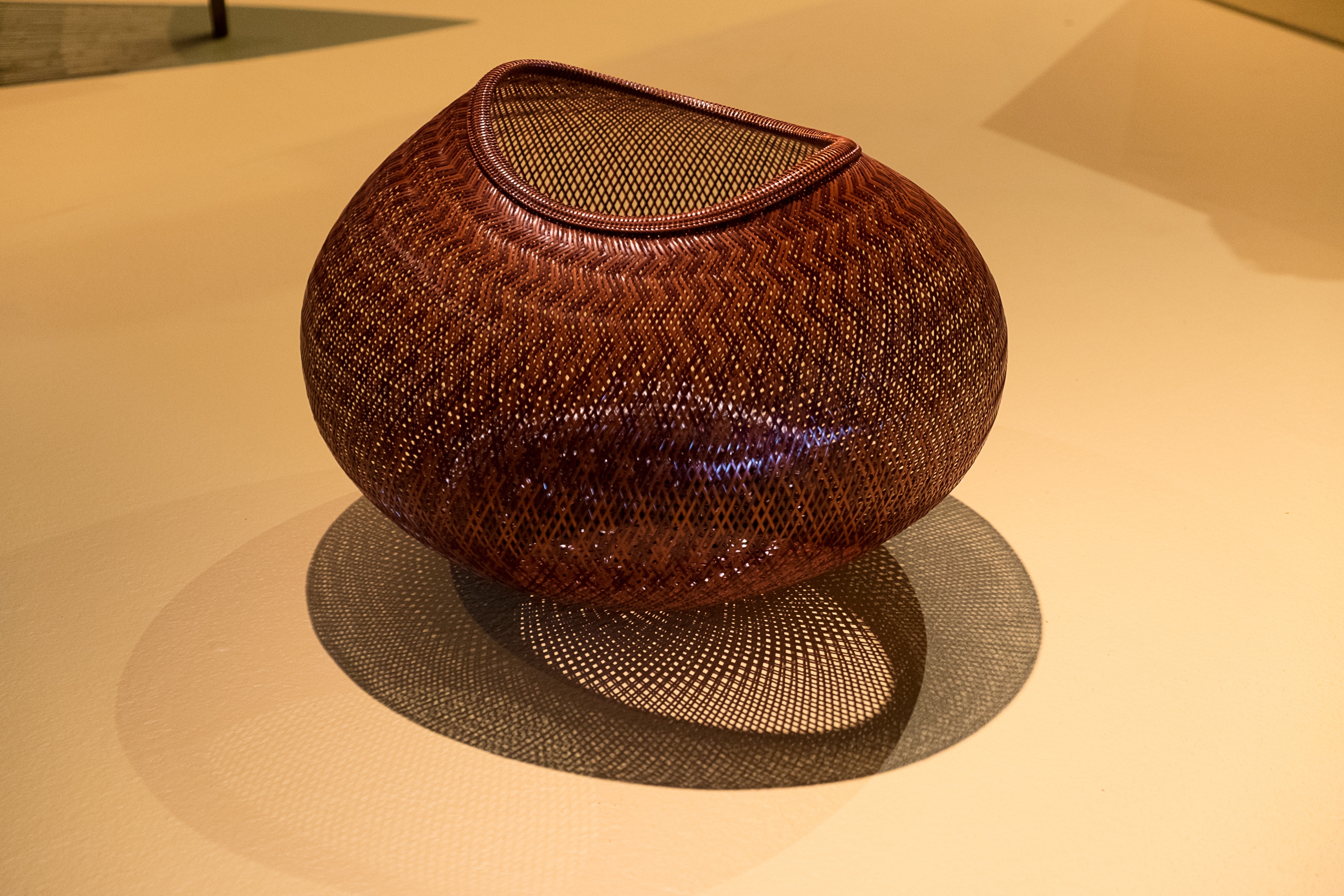 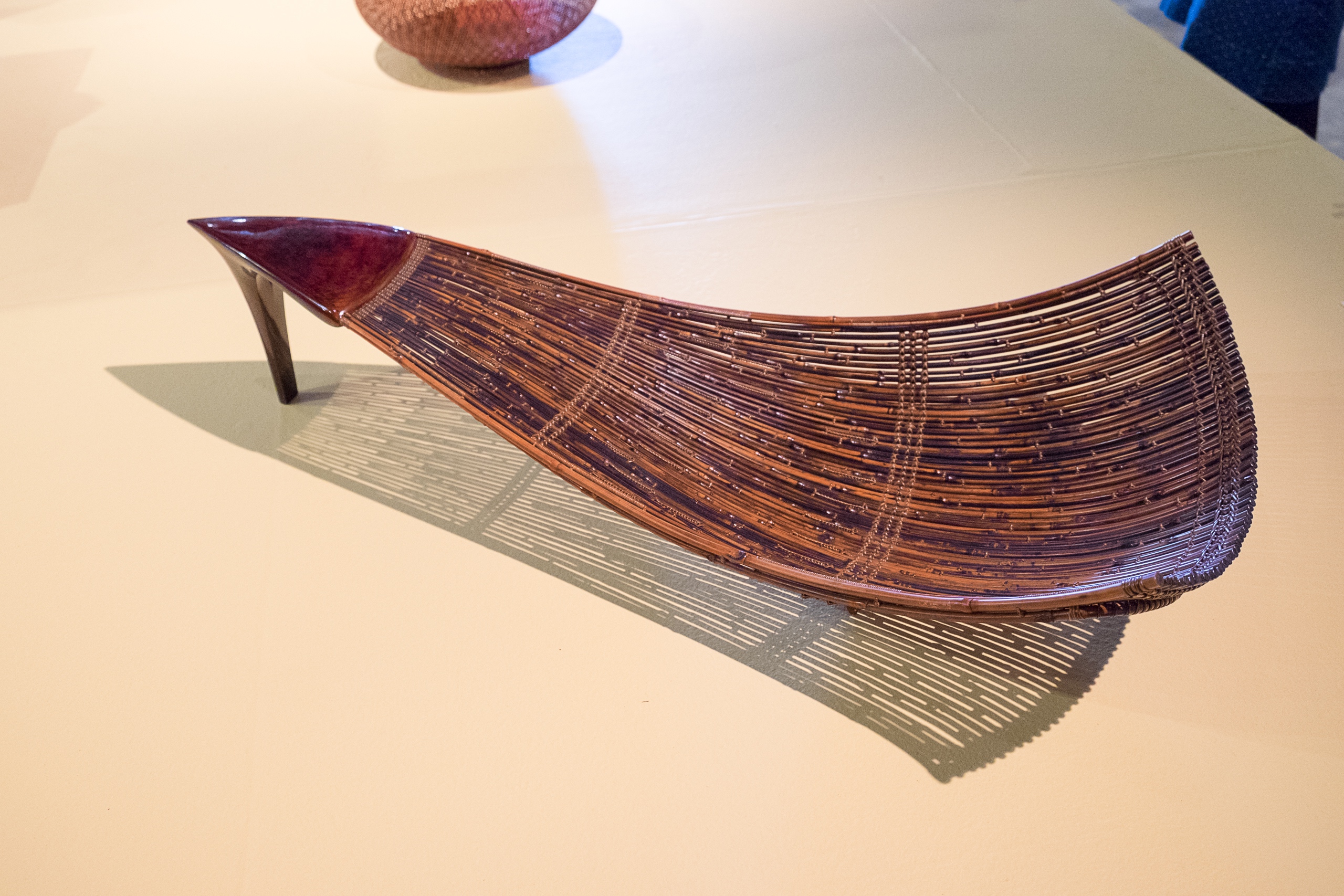 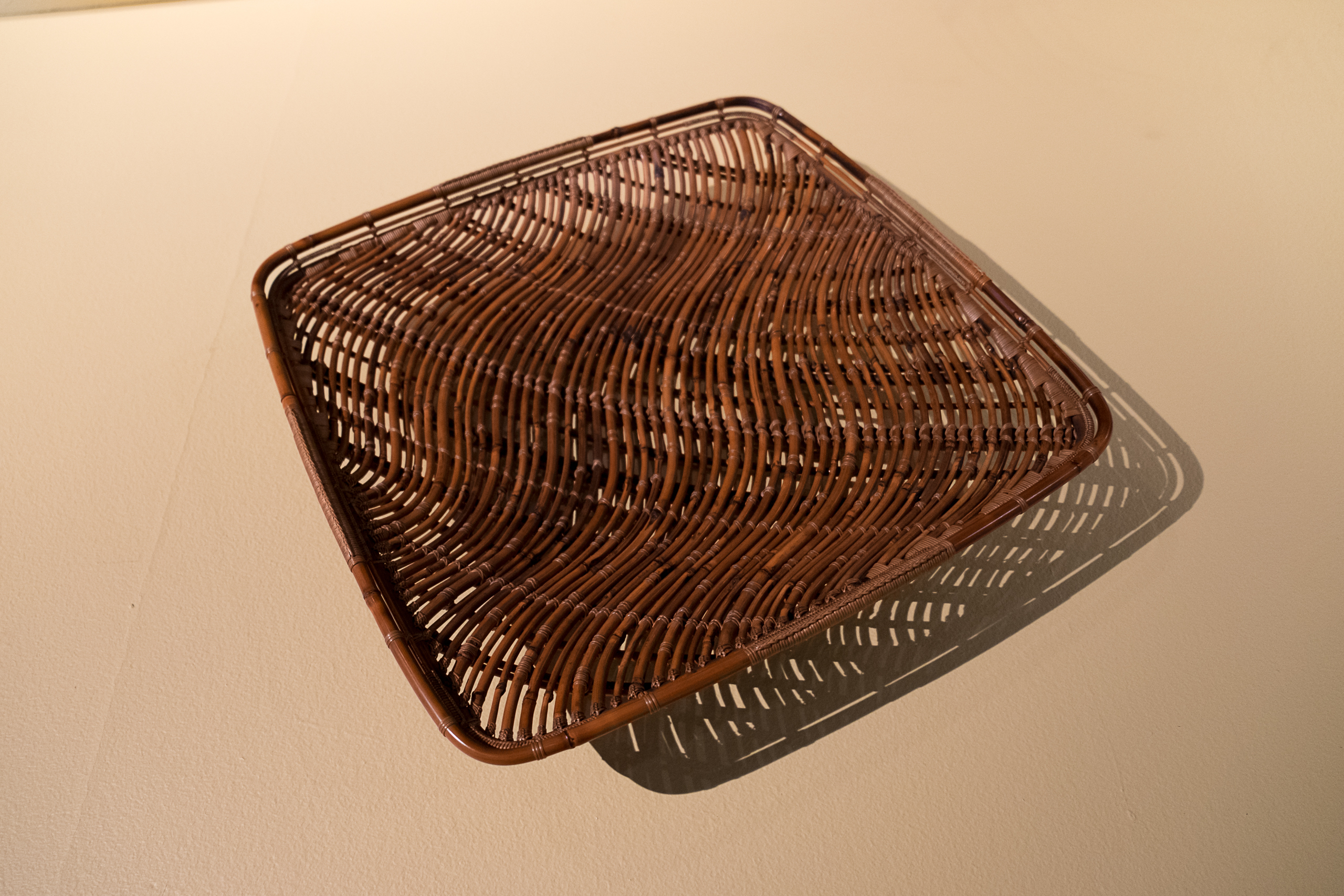 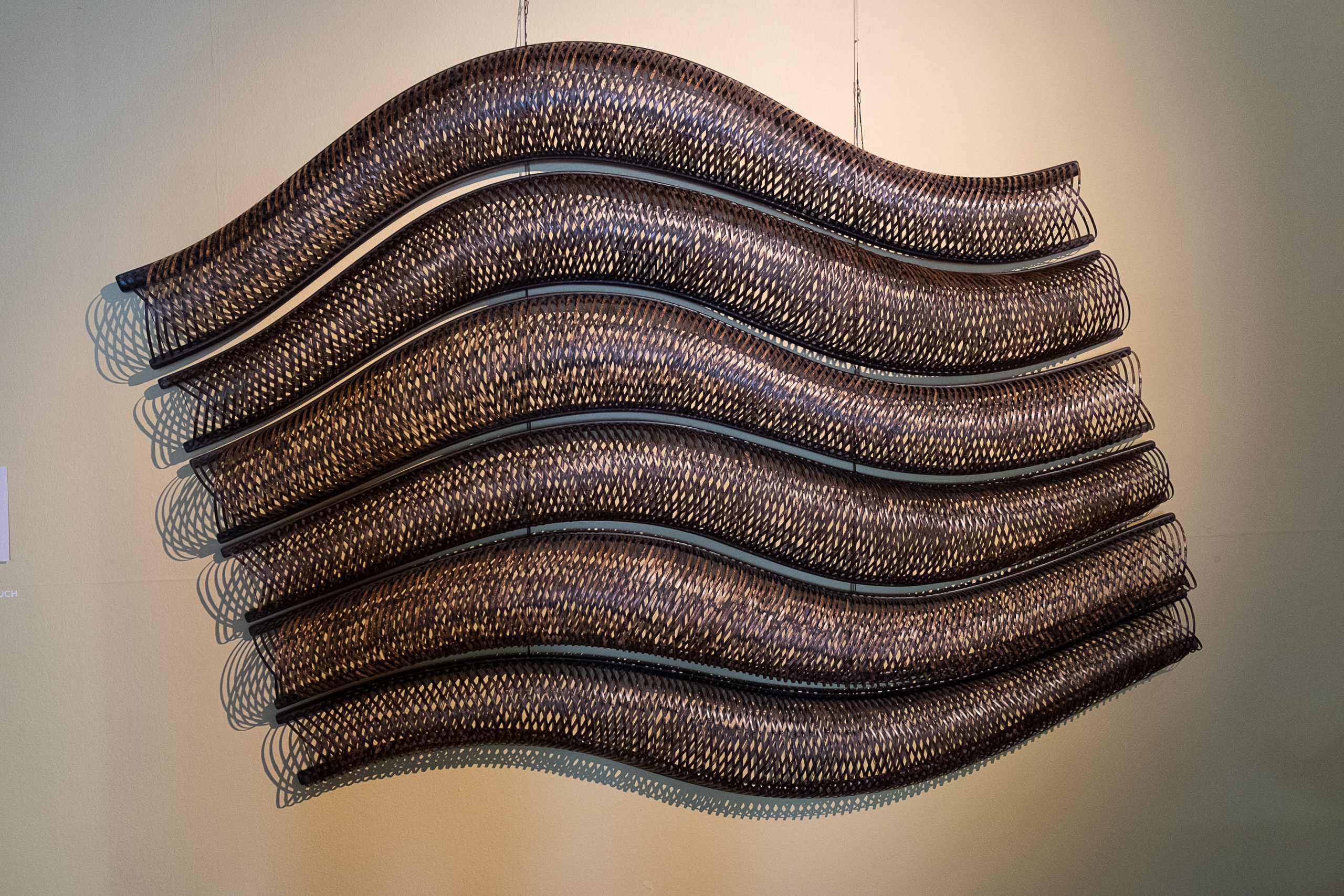