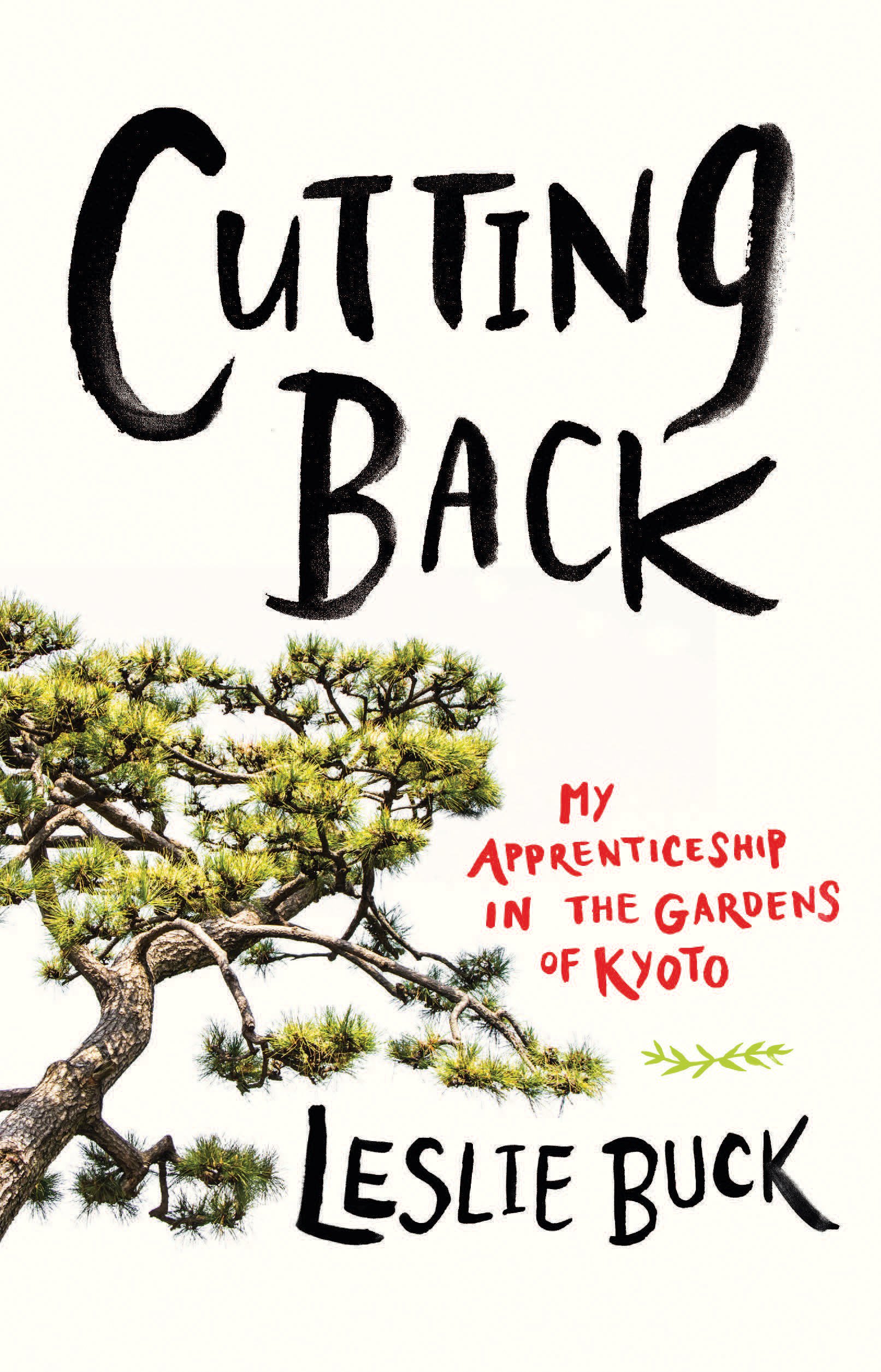 In Cutting Back, author Leslie Buck chronicles her four-month stay in Kyoto at the turn of the millennium. Unusually, for a woman and a westerner, she was taken on as an apprentice at a big-name Japanese landscape gardening company (Uetoh Zoen).

There is something irresistible about this type of memoir, especially when the writer is trying to lift the veil from some very traditional aspect of Japanese culture. Liza Dalby in Geisha (1983) told the story of her move to Kyoto to train as an apprentice geisha; Kaoru Nonomura in Eat Sleep Sit (1996) described how he left his job as a designer for a year of training at a Zen Buddhist temple. Both books sold well, partly because they offer a glimpse inside cultures that are essentially hidden, but also because as readers we identify so readily with the hapless novice navigating the unknown.

Buck was not really a novice when she arrived: she had run her own landscaping business in California for several years. Yet following Japanese tradition she was automatically junior to the sixteen-year-old apprentice who had joined six months ahead of her. And he, being senior, was at liberty to give her instructions on the job, even though his inexperience meant he was getting things wrong.

Buck is a natural raconteur, and excels in her descriptions of life as the female American employee of a traditional Japanese business. She deftly draws out the humour in her encounters with clients and colleagues, and much of it is self-deprecating, as she herself struggles to meet their exacting standards and keep a grip on her natural exuberance.

Yet she is open about the more difficult aspects of her apprenticeship: the language barrier, the severe winter cold, the strain of being criticised by an unforgiving team leader. The narrative falters slightly when she turns her mind to her boyfriend back in California. The fact that she missed him was part of her story, of course, but so much less interesting than her day to day encounters with the Japanese master gardeners.

There is some discussion of pruning techniques and garden design, but much of this you could find in other sources (Buck references, for instance, Japanese Garden Design by Marc P. Keane). The book is based on the author’s journals and comes across more as a portrait of the people tending to the gardens than the gardens themselves. This means there is plenty to interest the general reader as well as those with a passion for gardening.

I did wonder, though, what happened once she returned to California. Did her Kyoto experience impact her work style or how she ran her business here? How did the boyfriend situation pan out? Overall, a light, warm-hearted read that presents a unique perspective on Japan. Recommended.

Cutting Back is available from May 3, 2017. I am grateful to NetGalley and to Timber Press for the chance to review an advance copy of this title.