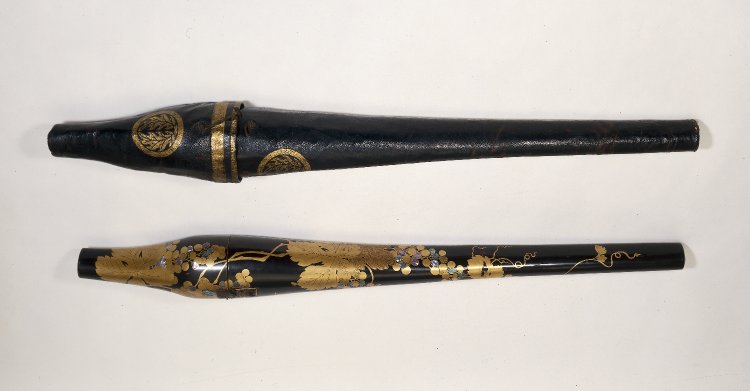 I returned to the British Museum on Saturday for another delightful gallery talk, "Japanese lacquer of the Edo period", given by Anne Haworth.  Lacquer comes from the sap of the lacquer tree (Rhus verniciflua) and in Japan is coloured either red using cinnabar, or black using iron treated with acetic acid. It is applied over a wooden core, one very thin layer after another, so that it dries properly and achieves its characteristic hardness and resistance to corrosion. An inlaid design can be created using pieces of shell or mother-of-pearl: a coating of lacquer is applied over the top of the shell and then polished back so that the shell is flush with the lacquer surface. This was popular in European markets, so it is common on nanban pieces. Another technique is to apply gold particles to the lacquer while wet (makie), giving breathtaking designs in gold and black.

Japanese lacquer of the Edo period
Talk by Anne Haworth, at the British Museum, London
17 August 2012