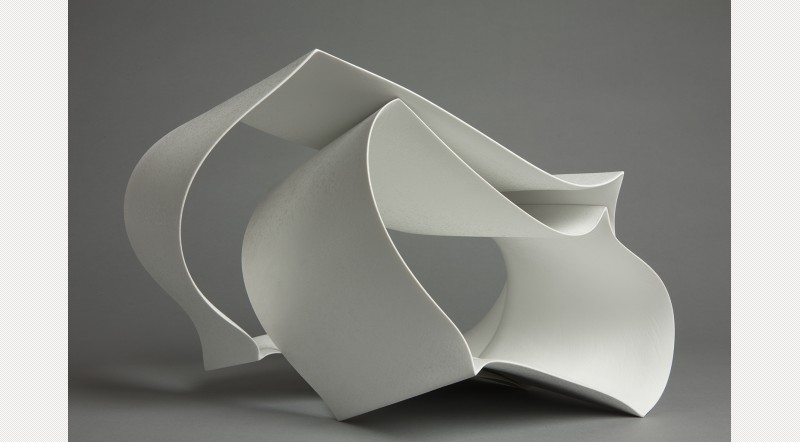 I am always intrigued to see which museum acquisitions the UK’s Art Fund has chosen to support, especially from East Asia.  In 2013, they included two works by Japanese ceramicist Shigekazu Nagae (b. 1953), both from his “Forms in Succession” [Tsuranari no Katachi] Series.  One went to the Bristol Museum and Art Gallery, the other to Harris Museum & Art Gallery, Preston.  Nagae creates very striking razor-thin structures out of porcelain.  Component parts are slip cast (liquid clay slip is poured into moulds, to make the cast), then bisque fired (fired in the kiln unglazed).  Glaze is applied at the joints to fasten them together, and the work is fired suspended mid-air in the kiln, allowing the glaze to melt and bind the parts together.

The work of another Japanese ceramicist, Hitomi Hosono (b. 1978), was also represented.  Her piece Large Feather Leaves Bowl was purchased for the British Museum.  In profile, the shape recalls the prehistoric Jomon pots shown in 2012 – the tapering cylindrical body, the ornate crown.  However, this piece is porcelain, not earthenware, and the crown is a mass of vividly rendered foliage, created by attaching a thousand moulded leaves by hand and chopsticks, a process that took six months to complete. 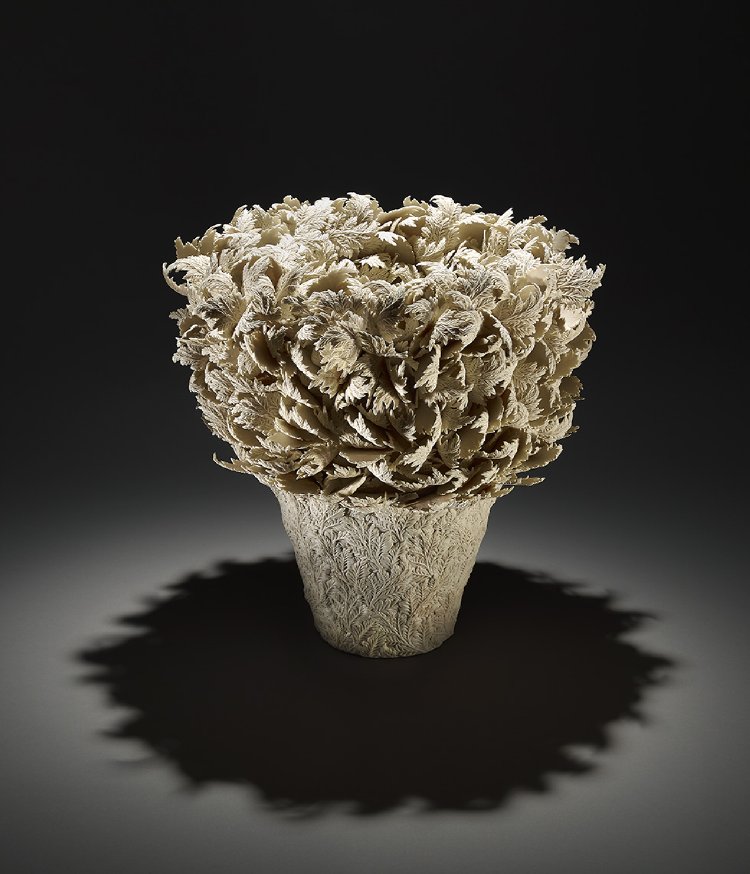 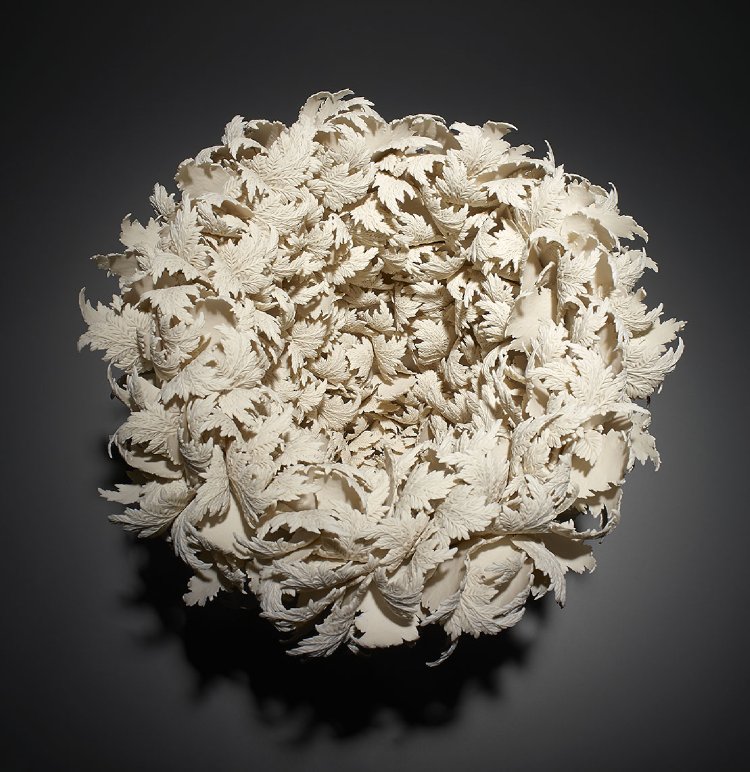