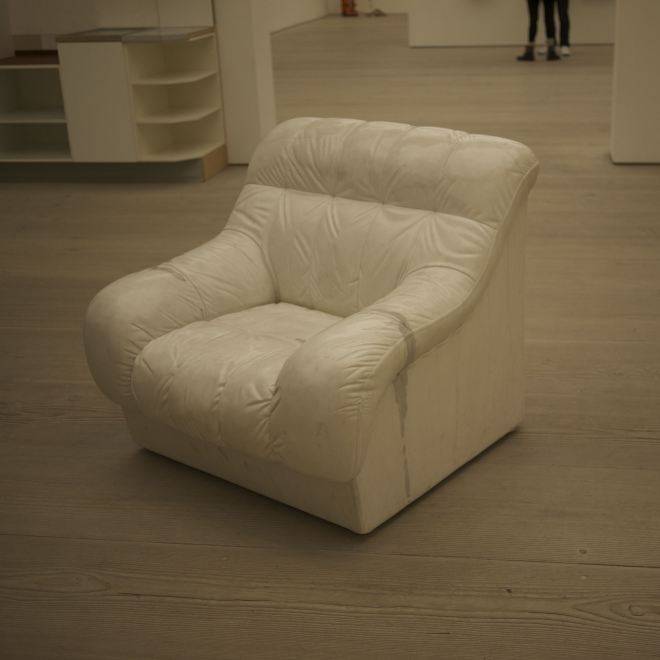 I was last at the Saatchi Gallery for the Korean Eye show in 2012. But I was no less intrigued by their current offering, which looks at the spread of the Pop Art movement, especially its impact on the Soviet Union and China.

The exhibition is organised thematically, with artists from East and West shown side by side. But an artist can cover multiple themes, meaning different works by the same artist end up at opposite ends of the exhibition.

From Ai Weiwei (b.1957), we find Sofa in White (a marble armchair) under the “Habitat” theme, while Coloured Vases (Han dynasty vases covered in spray paint) is assigned to the “Art History” theme. I enjoyed comparing this presentation of his work with the Blenheim Palace exhibit of 2014, which featured some similar pieces – they had more visual impact in the all-white exhibition space but they felt less playful somehow.

Artists from China and Taiwan feature prominently in the section on “Advertising & Consumerism”. Wang Guangyi (b.1957) in his Great Criticism series combines Western consumer brands such as Benetton and Swatch with Chinese propaganda images, intimating their similarity of purpose. Michael Lin (b.1964) in his large acrylic paintings focuses on the presentation of individual Chinese brands, evoking the seductive power of marketing.

Also popular were the themes of “Ideology & Religion”, where Christian iconography butts up against Communist propaganda. I was drawn, though, to something more contemplative - Confucius’s Confusion, by Mei Dean-E (b.1954), a large textile piece in which the man’s beard flows out across the floor in great piles of white and black thread. There was one truly unnerving piece in this section, but by Russian artist Sergey Shutov, so I shan’t spoil the surprise.

This is a stimulating show, no question, but moments of aesthetic delight are rare. One notable exception is the installation United Nations – Man and Space by Gu Wenda (b.1955), best described as a huge cloth pavilion made of flags, where each flag is rendered from skeins of human hair. I’m not clear why this is Pop Art, but the lighting is just magical. 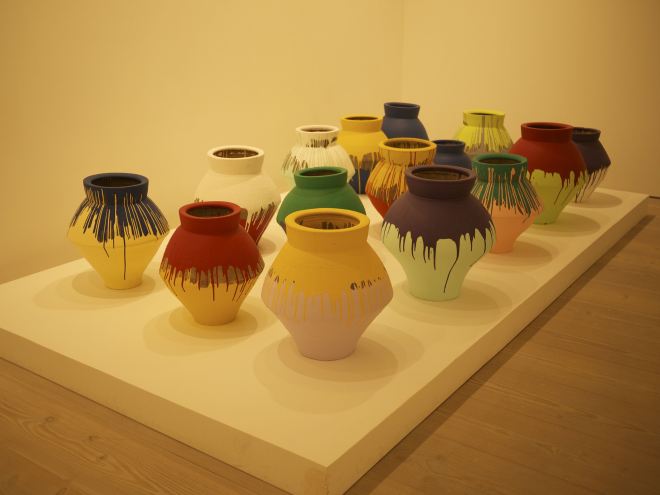 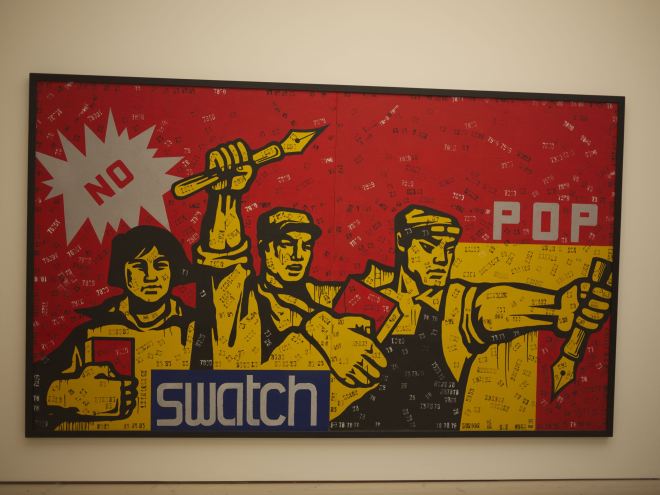 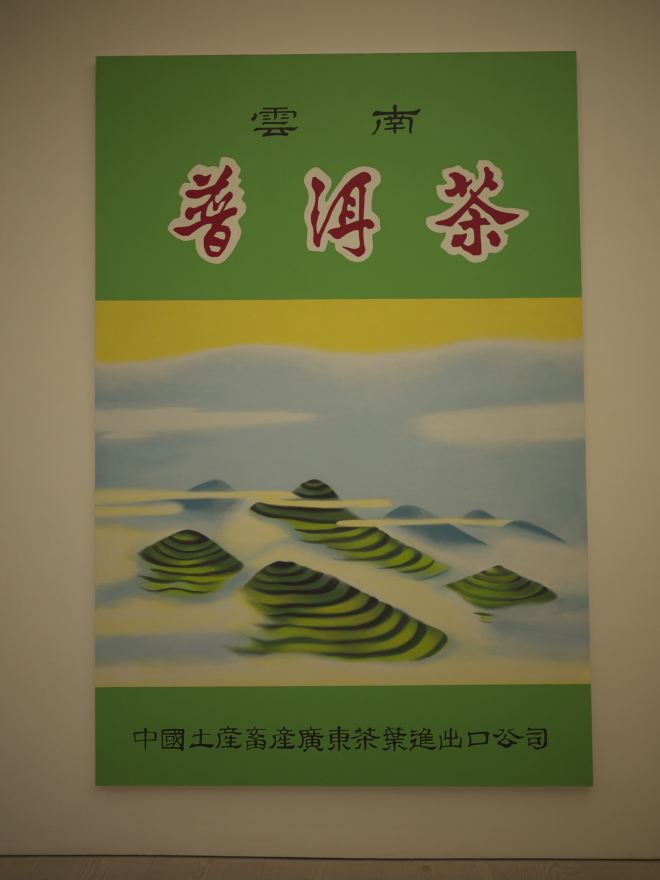 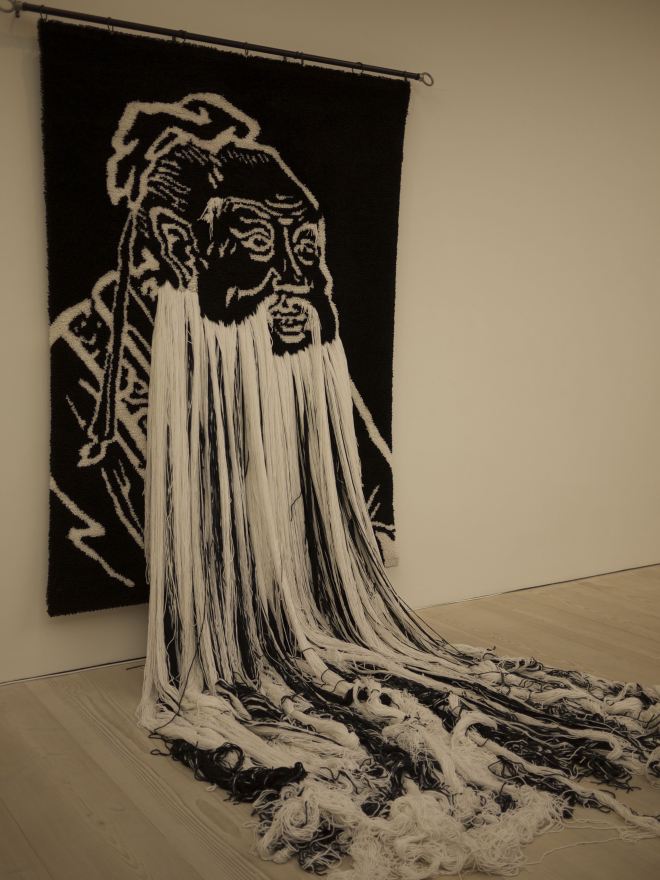