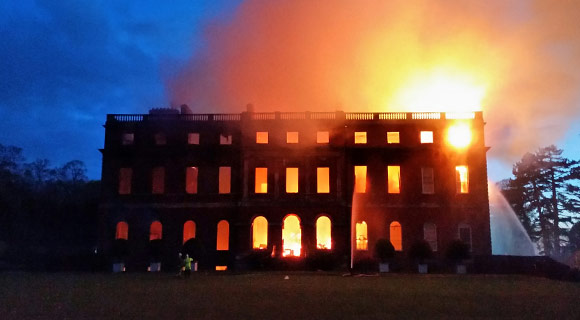 The National Trust suffered a bad fire last week at Clandon Park, a Georgian house in the Surrey countryside. The fire broke out on the evening of 29 April and spread through the building, continuing to burn until the next morning, despite the best efforts of the fire service. Nobody was injured.

Implementing their emergency protocols, National Trust staff collaborated with fire crews in the rescue of items from the collection. They now report that a significant portion of the collection was saved, including paintings, furniture and textiles.

I visited Clandon several times because we used to live just a few miles away, so this news really hit home. Perfect like a dolls house, it presented an eye-catching façade from almost any angle, designed in vivid red brick with Italianate stone detailing. Inside, the showpiece room was the central Marble Hall, an all-white entrance hall that rose through two storeys, gleaming with marble and elaborate plasterwork.

Chinese art was certainly represented in the collection, which included about 50 Chinese porcelain birds from the 17th and 18th centuries, displayed throughout the house. There were cranes, parrots, pheasants and ducks, brightly coloured and highly decorative. So far, the fate of these birds is unclear – we can only hope that some have in fact escaped the blaze.

The National Trust has launched an appeal for donations to Clandon Park: more information can be found on their website.

Below: Posing in front of the porch at Clandon Park in 2010. 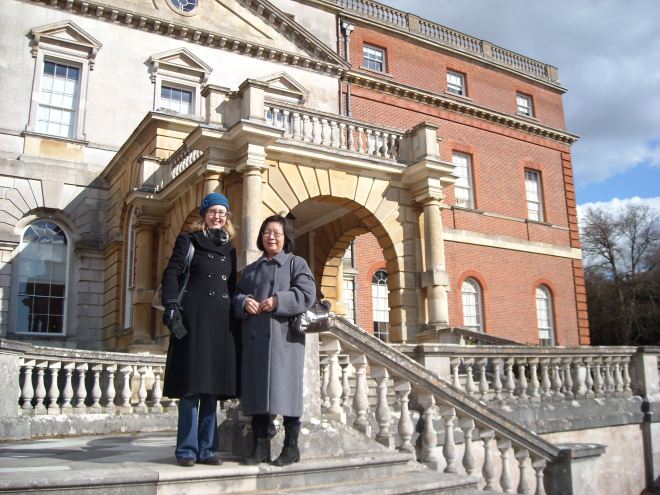 Below: Marble Hall at Clandon Park. Designed by Giacomo Leoni in the 1730s. Photo: NTPL/Nadia Mackenzie, at http://www.ntprints.com/image/352312/the-marble-hall-designed-by-giacomo-leoni-at-clandon-park. 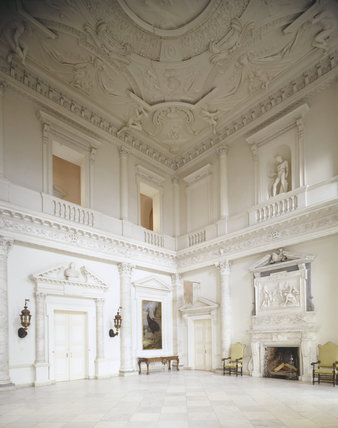 Below: Marble Hall at Clandon Park after the fire. Photo: BBC news, at http://www.bbc.co.uk/news/uk-england-surrey-32545837. 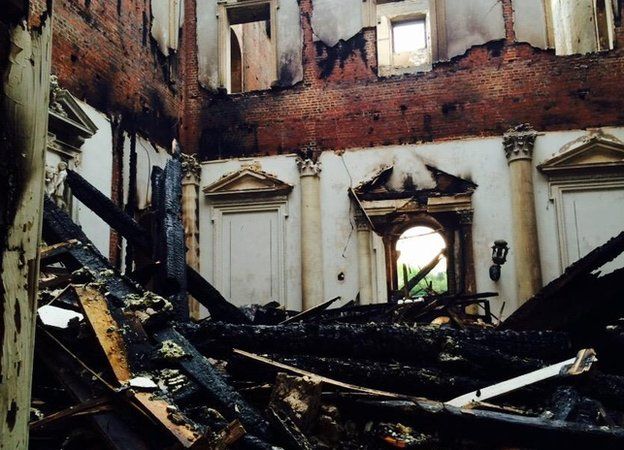 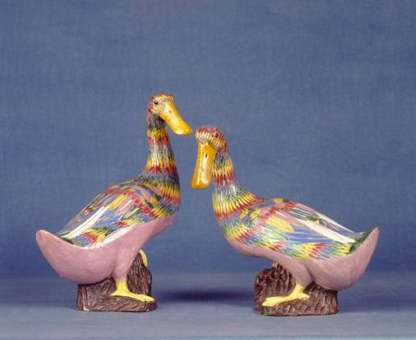