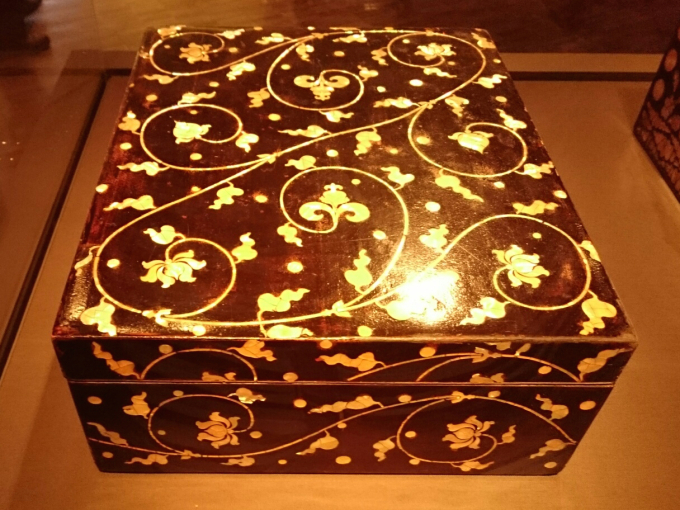 An exhibition of Korean mother-of-pearl lacquerware, on view at the Asian Art Museum, is one of those small but precious shows that invites you to delve deep into one particular subject.  A selection of 25 pieces, crafted between the 1600s and the 1900s, showcases the exceptional skills of Korean artisans in this field, and the wide variety of objects that were decorated in this way.

A rectangular box features a design of peonies, configured in rhythmic, curving lines. The peony was a common motif on mother-of-pearl lacquerware, signifying fortune and prosperity.  However, in this case the technique used is especially demanding, with the tendrils made from mother-of-pearl instead of wires. This involves preparing a very thin sheet of mother-of-pearl, from which long thin strips are cut with a special saw, and then applied to the surface.

A more pictorial design is found on a table, decorated with a bird on a plum branch, the plum being one of the "Three Friends of Winter" (plum, pine and bamboo) that stood for the virtues of the literati, especially in the face of hardship.  Very thin strips of mother-of-pearl have been used to create the individual bamboo leaves and pine needles.

Plum blossoms make another appearance on a lobed round dish, the lacquer applied this time not over wood but over paper, thickly layered. Korean paper was much sought after, in China as well as Korea, and its use here shows how versatile it could be. Both this dish and the table with the bird and trees were newly acquired in 2016.

These few examples illustrate some of the beauty and variety on offer. They are complemented by useful displays that explain the technical steps involved, and a short video that covers the same steps in more detail. Recommended. 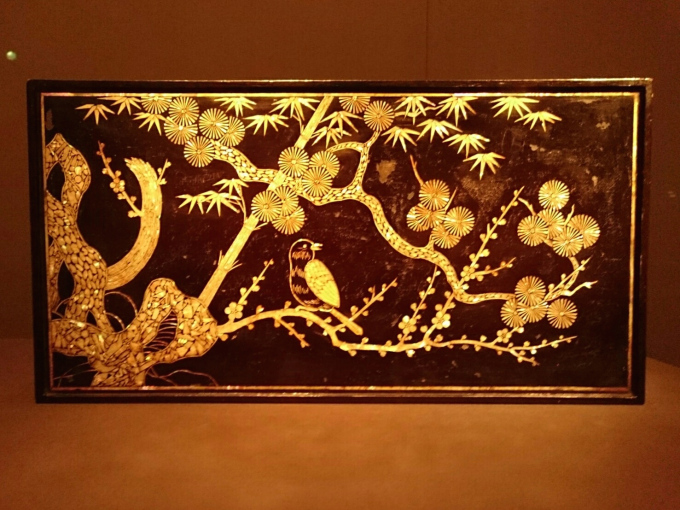 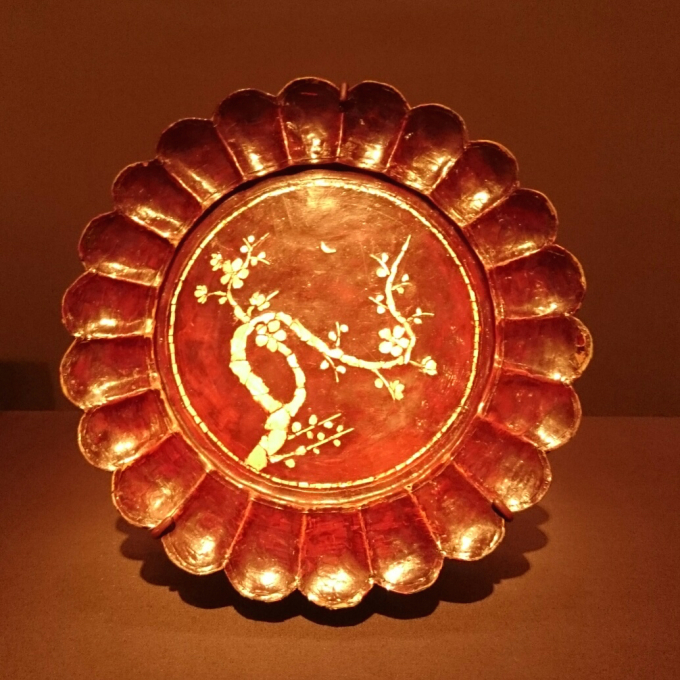