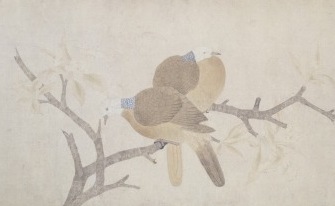 This is an ambitious and utterly absorbing show, with superb loans drawn from a wide range of institutions, including several of the big American museums.  It passes from Buddhist banners of the 9th century, through the exquisite landscapes of the Northern Song (960-1127) and Southern Song (1127-1279), through the flowering of artistic talent following the conquest of China by the Mongols, to the Ming (1368-1644) and beyond.  The labels give translations of many verses featured in the works, and explanations of hidden meanings, particularly political and social content.  A simple pair of doves by the 13th century scholar Qian Xuan is said to express the alienation he experienced during a time of political upheaval.  The display includes many handscrolls, shown in full.  They repay a slow and meticulous viewing. The bewilderingly detailed Prosperous Suzhou by Xu Yang, finished in 1759, took multiple painters three years to produce and was intended for posterity. Further highlights include the mesmerising Auspicious Cranes of Emperor Huizong, the Qiao Zhongchang scroll illustrating the Second Prose Poem on the Red Cliff by Su Shi, the wistful Winter Evening Landscape by Li Gongnian, and the controlled delicacy of Ni Zan's Woods and Valleys of Mount Yu. Amazing. 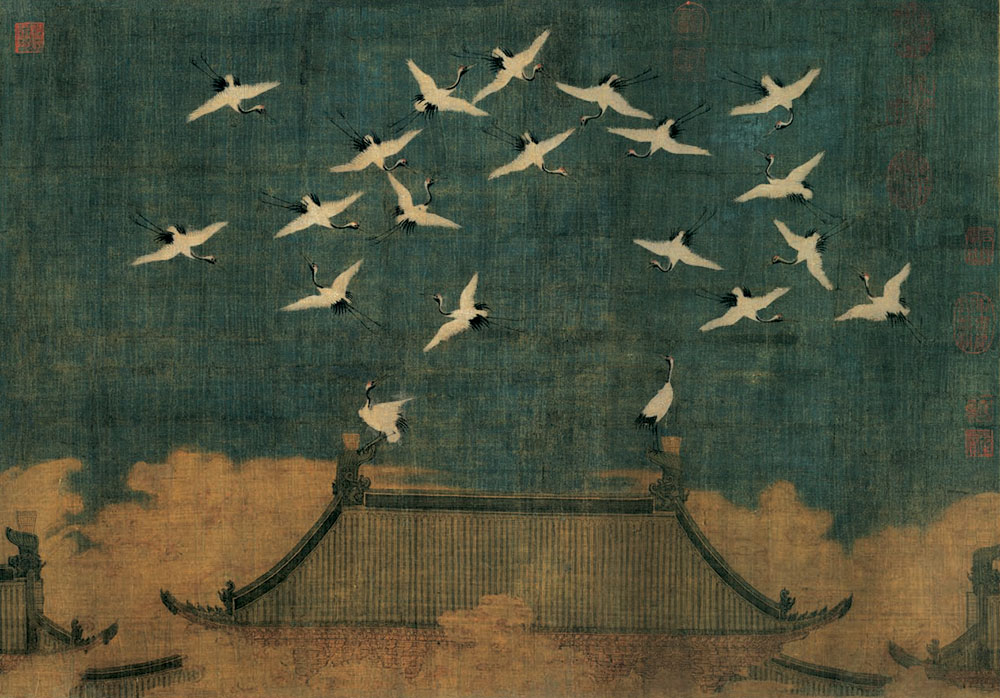