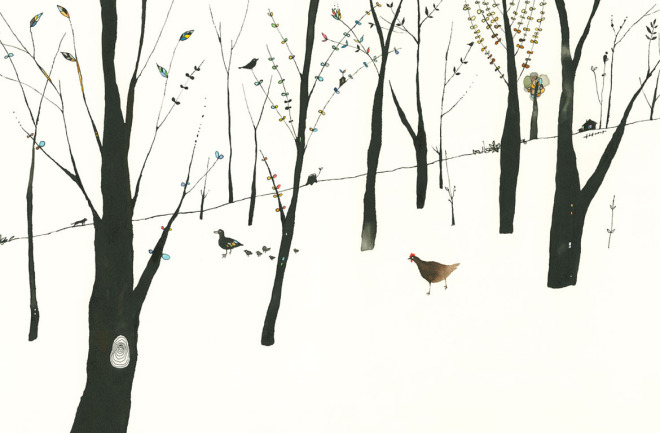 I read a great many books, but I was struck recently by the fact that I had finished three Korean novels in as many months, which seemed unusual, even for me. I thought this was more by chance than design. In each case, I was browsing in a bookshop or in the local library, and the book in question caught my eye.

Then I thought some more, and wondered if really I shouldn't be paying tribute to the artists who designed the covers of these paperbacks. Perhaps we are enjoying a minor publishing boom for Korean novels in translation. The books all came out here in the last couple of years, although they were published in their original versions between 2000 and 2010. But the cover designs of these English-language editions are hugely striking, and each appealed to me sufficiently that I took the book down from the shelf and went on to complete the transaction.

I liked all three books but I don't propose to review them in any detail. I have linked to the entry for each title on goodreads.com, and you can find reviews elsewhere online. The cover designs, though, deserve some special attention. 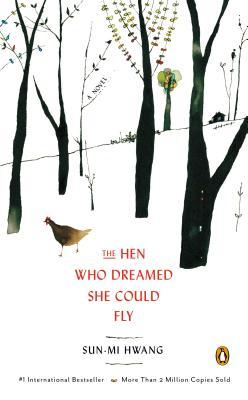 The first title is a bestseller, so it's the one that you're most likely to have come across: The Hen Who Dreamed She Could Fly by Sun-mi Hwang (Penguin Books, 2013; first published 2000). This is a moving fable about a hen who becomes an outcast from the farmyard and overcomes difficulty after difficulty. The cover art is by Kazuko Nomoto (known also as Nomoco), a Japanese illustrator who lives in the UK. You can see both the full image and the front cover above. There are also pen and ink illustrations inside the book, which complement the story. The stark black and white image hints at the tradition of Zen painting, and has a timeless quality that works well for a fable, as opposed to a narrative rooted in a particular time and place. The subtle touches of colour reflect the more optimistic elements in the story. 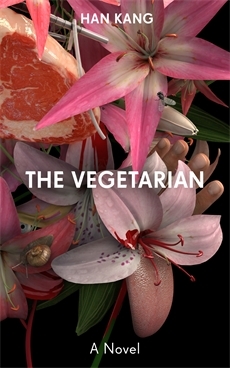 The second work is The Vegetarian by Han Kang (Portobello Books, 2015; first published 2007). This is a series of three novellas about the same set of characters, including the wife of a salaryman who shocks her family by turning vegetarian, and her brother-in-law, a video artist with a reckless streak. The cover design is by Tom Darracott - a montage of photographic images, weaving together several themes from the story: the raw meat, the tropical blooms, the human hand in some indecipherable gesture. It is at first seductive, then unsettling or even repellent, as you notice details such as the meat fat glistening, the fly and the snail. The book itself is a disturbing read, so again this cover feels very apt. 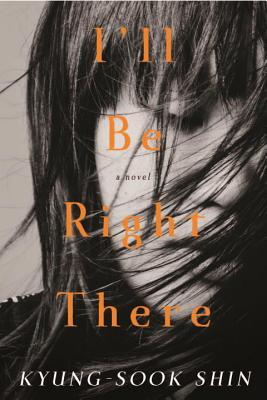 The third title is I'll Be Right There by Kyung-sook Shin (Other Press, 2014; first published 2010). This is a more conventional novel about a small group of students and their professor, unfolding in 1980s Seoul against a backdrop of political unrest. It's by the same author who wrote Please Look After Mom, which I also have on my to-read list. The cover design is by Kathleen DiGrado, the image by Marta Bevacqua, Arcangel Images. The effect here seems simpler: a monochrome portrait photo of a young Korean girl, strands of hair covering her features, and cropped at the right-hand edge so that the face is not fully visible. Of the three covers, I would say it's the most obviously "oriental".

When I first saw this book cover, it reminded me very much of the terrific poetry anthology Staying Alive, edited by Neil Astley (Bloodaxe Books, 2002), shown below. It features a photo by Carles Fargas, Mariona (1988). I doubt any similarities were intended, and of course seeing the pictures together makes me realise that they are different in many ways, but they share a quiet magnetism and sense of drama that promises the reader much. 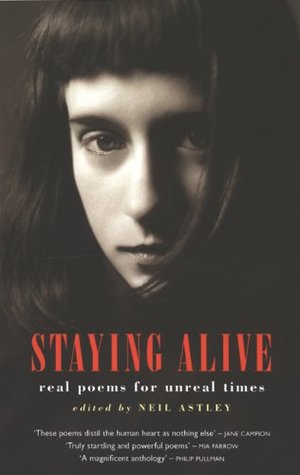 If you have any more Korean fiction recommendations, do let me know by commenting on this post!

Above (at top): Nomoco, cover art for The Hen Who Dreamed She Could Fly, 2013. Image: Nomoco, at http://www.pocko.com/talent/nomoco/.