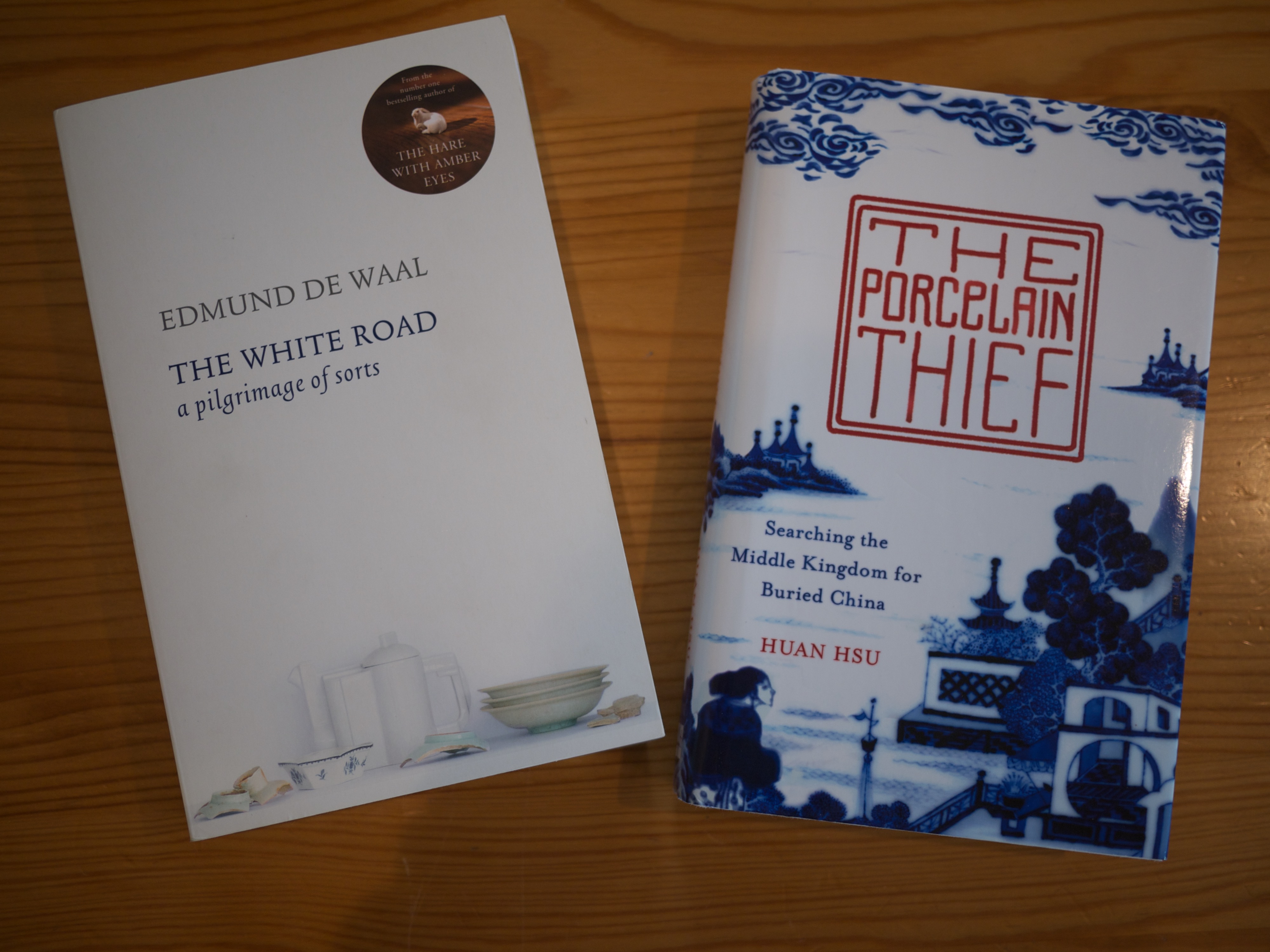 2015 seemed to mark the arrival of a new genre – the porcelain memoir. I read The White Road by Edmund de Waal and The Porcelain Thief by Huan Hsu within a couple of months of each other. The two writers approach their subject by quite different routes, yet both texts are essentially a blend of travel writing and autobiography, combined with judicious mini essays on the history of porcelain production.

Edmund de Waal made his literary mark with The Hare with Amber Eyes (2009), a very readable narrative of his family history set in Paris and Vienna, taking the family netsuke collection as its anchor. Having enjoyed the earlier book, I approached this one with high expectations.

However, The White Road is quite a different beast. It is incredibly diffuse, both thematically and in its prose. Without the very specific anchor of the netsuke, de Waal seems to drift from one alluring topic to the next, without offering much in the way of structure or argument. He covers Jingdezhen. Meissen. Wedgwood. Dachau. He visits everywhere that he writes about. He writes everything up in a somewhat breathless present tense, even the historical parts.

In the background, he tells the story of his own career as a potter. Again, the telling is kind of piecemeal, but I found this material fascinating – the journey from his earliest work (nobody would buy it) to his bespoke installations for museums around the world. The copy I bought in the UK was called The White Road: A Pilgrimage of Sorts, whereas the US edition has the slightly scary title The White Road: Journey into an Obsession. In fact, I think the US edition has the better title, because it acknowledges that this book is more than a porcelain travelogue, it’s very much his autobiographical journey too.

The White Road is definitely recommended, but be prepared for something long, rambling and idiosyncratic in style, more like a script for a film documentary than an art history book.

The Porcelain Thief, in contrast, has a more journalistic feel. The author is an American-born Chinese who relocates to China in a bid to find out what happened to his ancestor’s porcelain collection several decades earlier. He takes a job in Shanghai, working for his uncle’s business, and painstakingly interviews his relatives to help him reconstruct some of the family history. The sections with his redoubtable grandmother are particularly fine – she leads him a merry dance, telling him so much about some things, so little about others.

The narrative switches back and forth from his travails in present-day China to the travails of his family in the previous century, but Hsu keeps the two in equilibrium and writes with clarity about Chinese history and Chinese porcelain. His account feels disconcertingly honest at times, to the point where he doesn’t seem very likeable – his sexist comments on the dating scene in Shanghai, for instance; his ingrained hostility towards his cousin Richard (not a kindred spirit). This authenticity is the hallmark of the final section of the book, where there is definite bathos in a scene where the characters go digging up random sections of vegetable patch. Well worth reading, and full of interesting detail, but it does point up rather harshly the difficulties of pursuing this kind of quest.