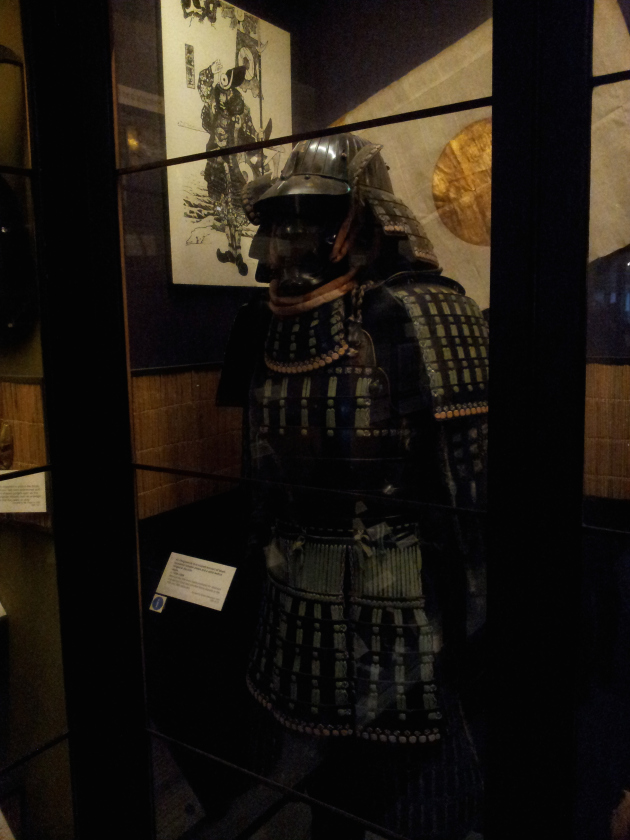 The Pitt Rivers Museum in Oxford is cramped but always intriguing, its cases packed with treasures from around the world. Objects are grouped thematically but a good starting point for the japanophile is the Upper Gallery, “Shields, Spears, Samurai”. For some reason, I have tended to shy away from displays of samurai armour and weaponry, but here you come nose-to-nose with it.

First is a suit of okegawa-do, or “tub-shaped armour”, characteristic of the suits that were mass-produced for retainers of a daimyo, or lord. Like most armour, it has plates called lamellae – separate plates flexibly laced together. But the bodice is of solid construction, hinged at the side.

Moving up the social hierarchy, there is a complete suit of very ornate parade armour for a daimyo, or possibly presentation armour for diplomatic gifting. The helmet is made of 32 plates riveted together, topped with a stunning gilt demon crest. There is a special baton with lobed plates on each side – the military leader’s war fan or gunbai-uchiwa. It functioned as a symbol of rank, for directing troops or even as a makeshift weapon. You can see the red circle in the centre for the rising sun. 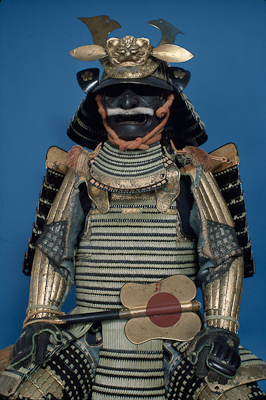