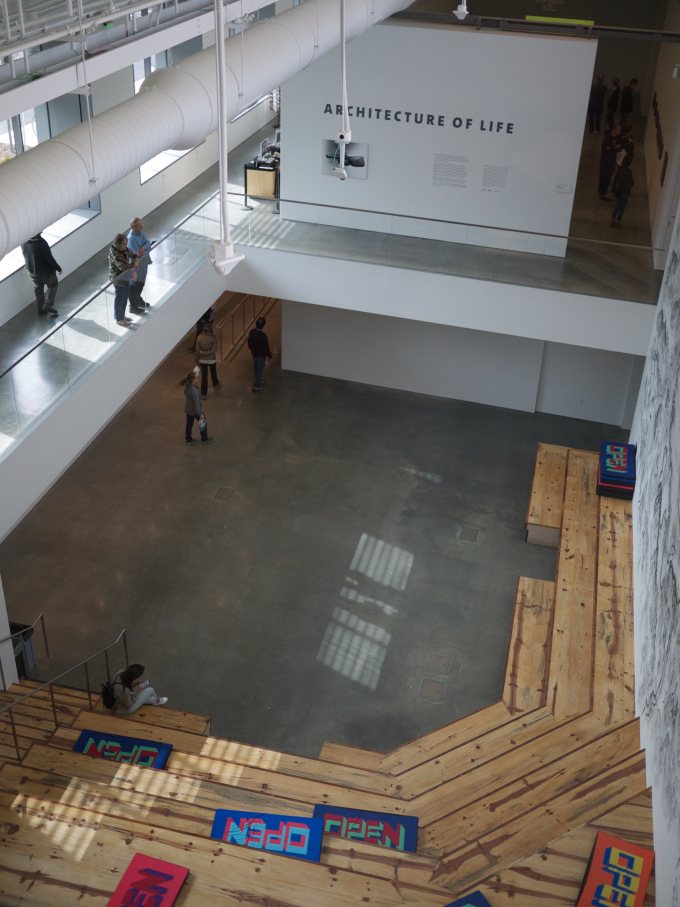 We made a family visit recently to BAMPFA, the newly reopened arts centre for the University of California, Berkeley. The acronym stands for Berkeley Art Museum and Pacific Film Archive, and while the focus is on both art and film, we went to see the inaugural exhibition, entitled Architecture of Life.

I found this a hugely energising show to explore, and I would love to go back. It takes the twin themes of architecture in the human world and architecture in the natural world, and interprets them in an open and unstructured way. It brings together works from different cultures and different periods, so that you abandon all thoughts of context and give yourself up to the visual ride, just focusing on the objects in front of you. Several exhibits are drawn from scientific projects, increasing the sense of an inter-disciplinary, trans-boundary adventure.

Given how the format emboldens you to look at things together and make unexpected connections, it seems counter-intuitive to zero in on objects with an Asian link, which is my usual practice here. However, those I find myself highlighting are as mixed a selection as any I might have chosen, so in that sense it is representative.

"Home-for-All" in Rikuzentakata is a series of five models by Japanese architects, seeking to create a new structure in the wake of the Tohoku earthquake and tsunami. The final version was constructed by volunteers, using cedar logs damaged by the sea.

Photographer Yuji Obata (b.1962) pays homage to an early photographer of snowflakes, Wilson Bentley (1865-1931), through his photographs of snowflakes in freefall. He uses a technique perfected over years in the snowy mountains of Hokkaido.

Hyun-Sook Song (b.1952) is a painter whose work I first encountered on my visit to ART14 London. I was a little blown away to find three big canvases, more sombre though than those I saw previously. 21 Brushstrokes shows the shrouded body of the artist's mother prior to burial, resting alone on a bier, and  has a particular bleakness.

These are just a few examples, however. The whole experience is diverse, stimulating and highly recommended.

Above: Atrium at BAMPFA. Photo: SF. 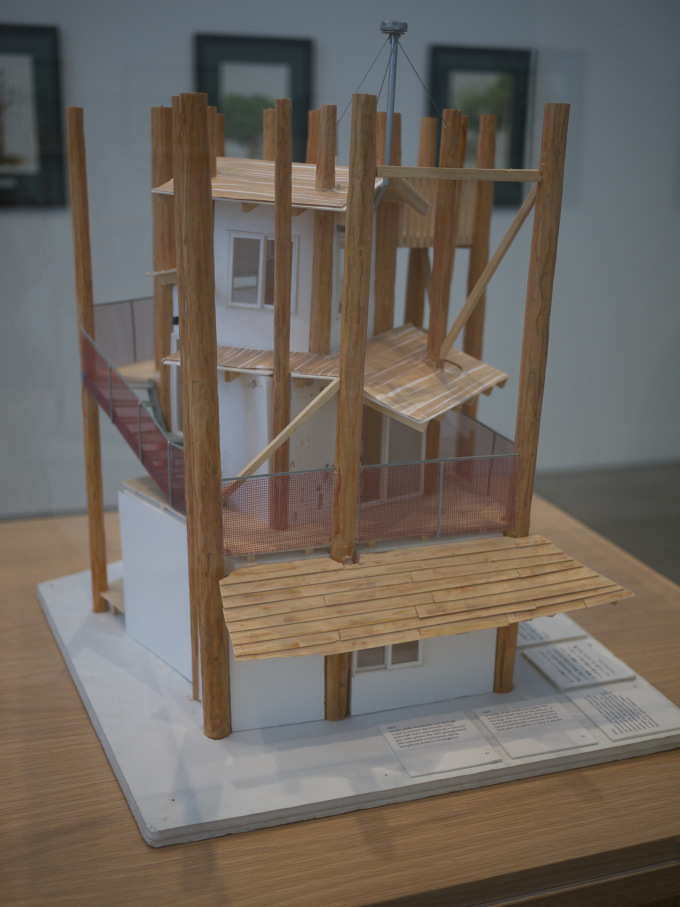 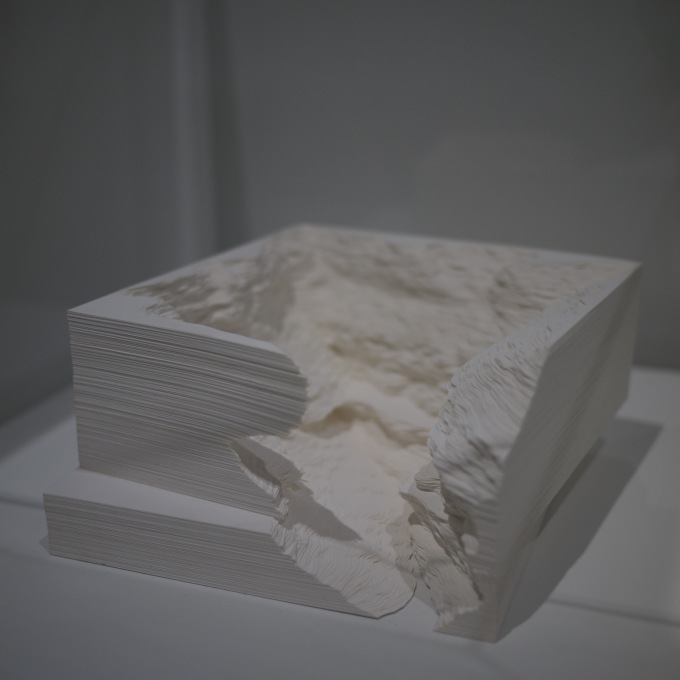 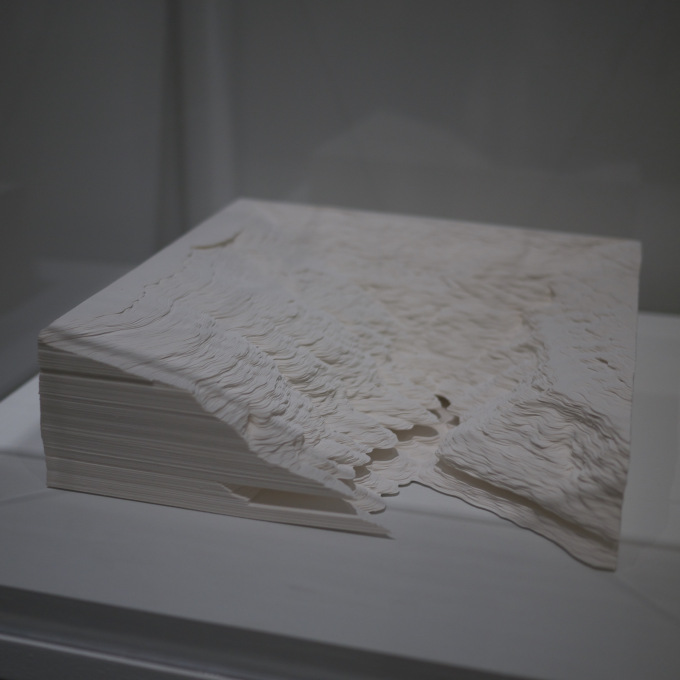 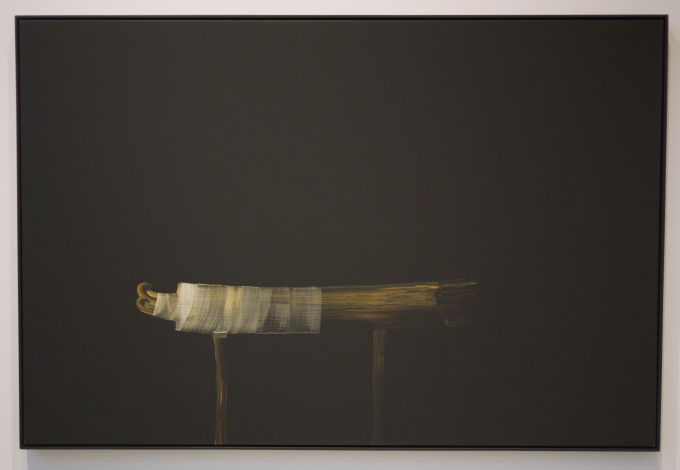 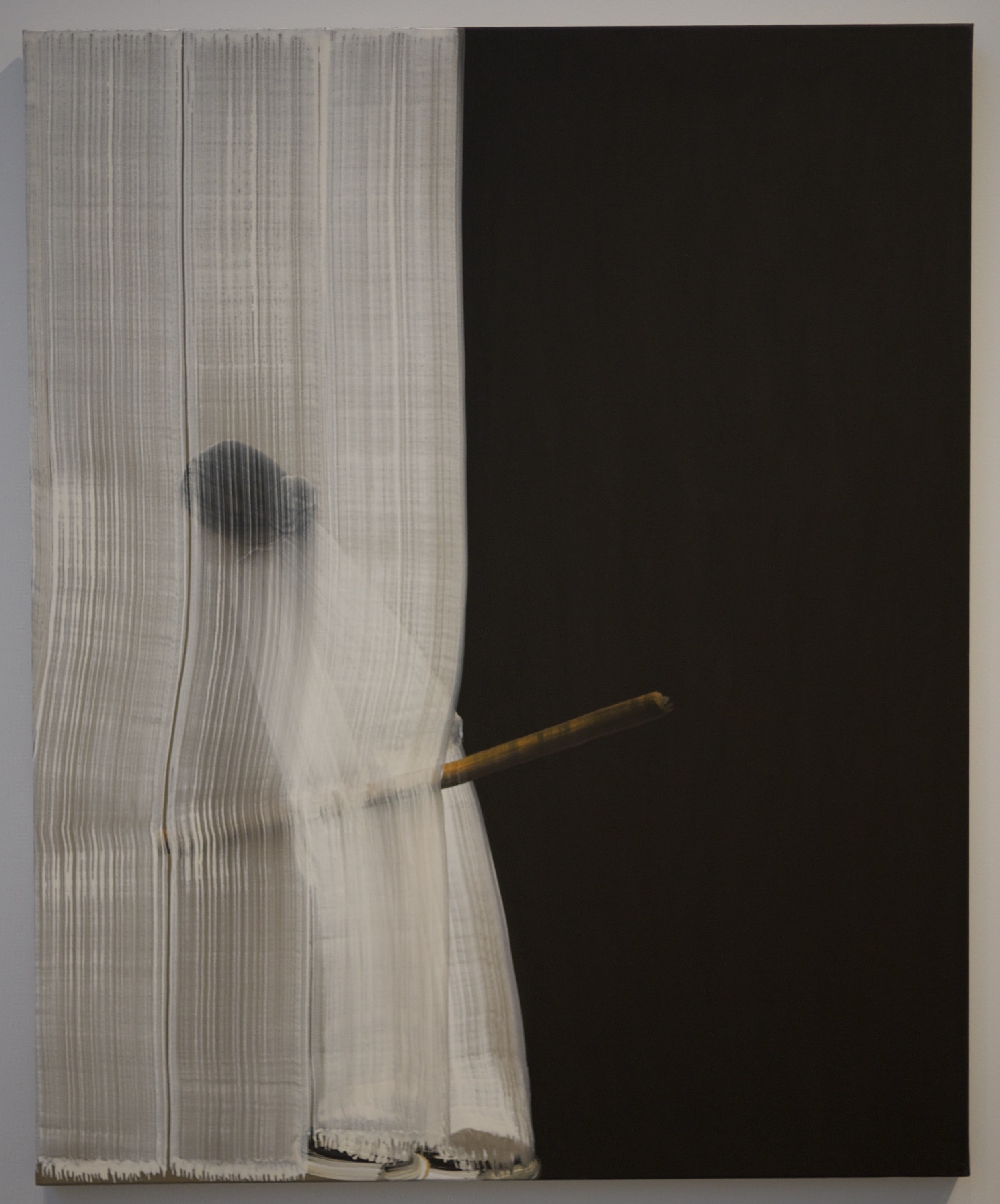