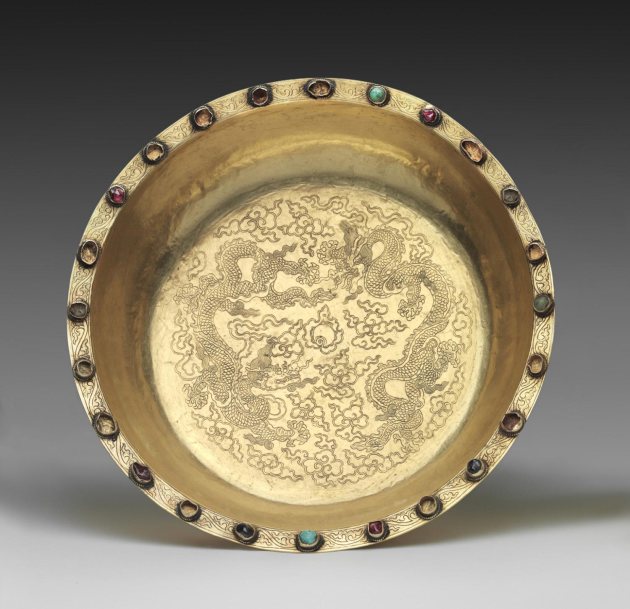 Just opened at the British Museum is a new blockbuster show on the art of China’s Ming dynasty, focused on the years 1400 to 1450. There is something for everyone here: exceptional ceramics, red lacquer boxes, gold jewellery, weapons, robes, handscrolls, printed books, and the list goes on.

The displays are thematic, surveying different contexts for which objects were produced, including the military, culture, religion and trade and diplomacy. This style of presentation is the norm, but I felt in one respect it fell short.

Many items are on loan from China, in particular numerous pieces excavated in 2001 from the Tomb of Prince Zhuang Liang and Lady Wei, in Zhongxiang, Hubei Province. You encounter them in a trickle as you go round the exhibition, arranged according to theme, but I think this could have been a centrepiece of the exhibition, and the impact would have been so much greater – something to capture the imagination of budding archaeologists, along the lines of Tomb Treasures of Han China (2012), at the Fitzwilliam Museum.

That said, I loved what I saw. Particular highlights for me were: two evocative handscrolls from Berlin, Spring Rain at the Xiang River by Xia Chang and Plum Blossom in Moonlight by Chen Lu; an exquisite Buddhist sutra from a private collection, delicately inscribed in gold ink on shiny black paper; a large gilt bronze bodhisattva from the Musée Cernuschi; and a very fine gold basin and ewer from Philadelphia, decorated with engraved dragons and semi-precious stones.

A particular strength of the show is its systematic exploration of China's interactions with other nations, such as Korea, Japan, south-east Asia, the Timurids in Iran, Central Asia and the Islamic world. One not to be missed - you will definitely learn something new. 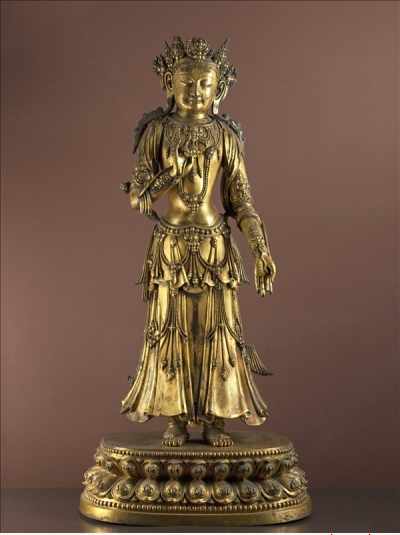