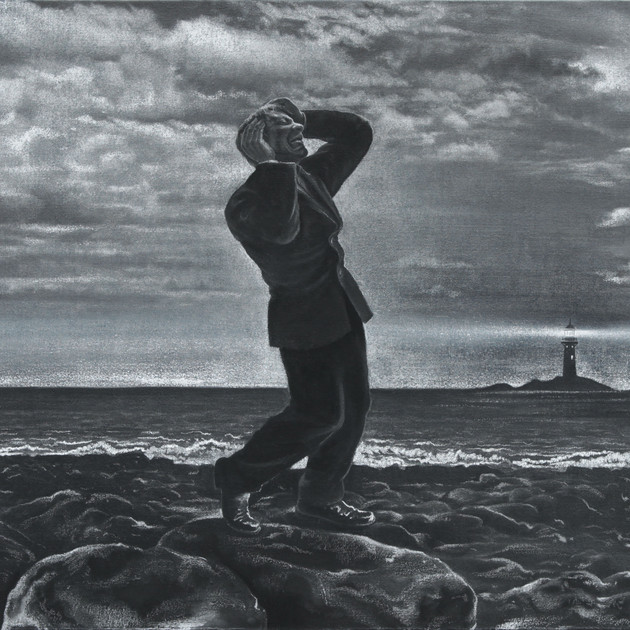 Sun Xun draws his images by hand and films them frame by frame, creating flickering effects and giving the work a volatile, organic quality.  The visual style varies each time, from the slick oil-based colors of Requiem to the gritty monochrome woodcuts of Some Actions.  21 KE is different again: the animation is in black and white, but the rendering is much smoother, giving a greater sense of realism.

The animations are pretty short on narrative but allude to political change and upheaval in China’s recent history.  21 KE inhabits a kind of late 19th century fantasy world, Chinese-style.  I was reminded of the Joan Aiken books I read as a child, or even the Philip Pullman books: top hats, steam trains, flying machines.  This made it fun to watch, although undeniably there are darker moments.  The capitalism of 19th century Europe and 21st century China are not so far apart.